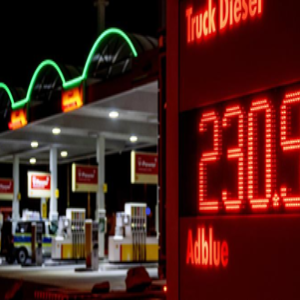 Navigating a tightrope of veiled innuendo, potential disunity abroad, and political setbacks at home, President Biden traveled to Brussels last month to take part in a special allied summit in Belgium.  The trip came after Biden, before leaving for the visit, hinted there will be a “new world order” that will be led by the United States.

It is worth examining what that new order might look like, particularly in regard to global energy economic policy resulting as a response to the current events in Eastern Europe.

Led by the United States, the EU and the UK have all enacted severe restrictions on imports of oil and gas from Russia. This affects the EU most as about 40% of its gas comes from Russia but will hurt all countries as prices are set internationally. European governments are now scrambling for ways to protect their energy supplies. Though stores are enough to see through the end of the current winter, Europe will face a stark choice by the end of the summer. There appears no sign of a supply increase from OPEC nations and ramping up renewables remains a long-term prospect. Consequently, oil prices have shot up to a high of $130 since the start of the conflict, sending petrol prices to over 155p a litre in the UK.

This leaves the United States firmly in control of Europe’s immediate and mid-term  energy future. Already a net oil exporter, US oil and gas producers such as Shell and Exxon, who for long have resisted calls for greener energy production, now seem themselves on the winning end of America’s sanctions regime.

Though few in American policy circles will admit it, the conflict in Europe has been a free-for-all for these companies looking out for their bottom line. The head of relationship development at Cornwall Insight, an energy analysis company, recently said these companies “Have an opportunity to reposition themselves as crucial to policy makers. There is going to be a very high oil price for a very long time.”

Even Germany, long seen as the lone holdout to complete Western disengagement from Russian energy, has announced plans to build two LNG import terminals as part of its evolving energy strategy.

To that end, global resources consultancy Wood Mackenzie recently said the crisis was likely to spur tens of billions of dollars in spending on new energy projects, as suppliers looked to fill the vacuum. However, it will take up to five years for most of the capacity to come online, and it is unlikely to be enough to cover all that Russia once supplied, even before calculating demand growth from China and the rest of Asia.

Energy Market Strategies director Mark Hanna, an Australian based former energy executive, made clear that the United States would be the obvious winner out of Europe’s looming energy shortages. There is little flexibility for Canberra to boost its LNG sales to Europe because nearly all its production was sold via long-term take-or-pay contracts. Only producers led by the US are better placed. “[Australia’s] already providing the world 70 to 80 million tonnes of LNG,” he said. “There’s no low-hanging fruit just sitting there waiting to go, whereas in the United States there is.”

Mike Sommers, the chief executive of the American Petroleum Institute, wrote in early March that “As in World War II and other crises, America has Europe’s back.” For better or for worse, Europeans will now feel what that means in their wallets –  it should be remembered that American Petroleum Institute, despite its academic name, is Washington’s leading lobbyist for the oil-and-gas industry.