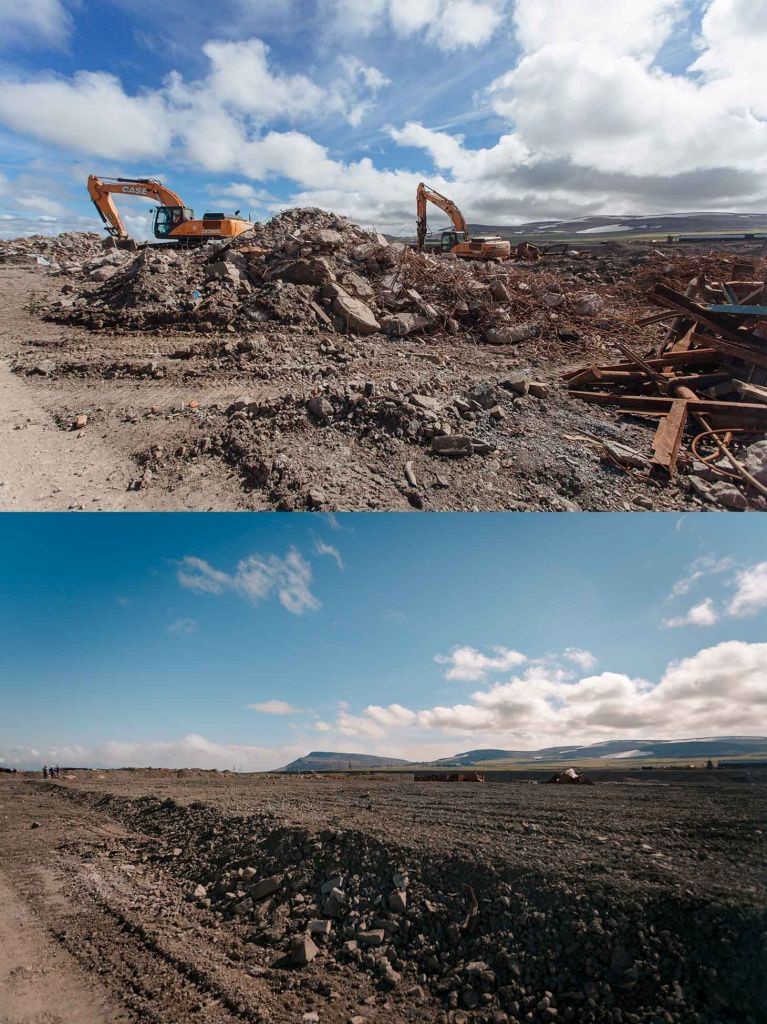 Nornickel is currently implementing the first stage of a large-scale clean-up programme targeting industrial and construction waste in the city of Norilsk. A total of RUB 40 billion will be invested over the course of 10 years in the clean-up campaign. It will run alongside a much costlier endeavour to neutralize Norilsk sulphur dioxide pollution.

The clean-up campaign includes the city of Norilsk as well as adjacent territories.

This summer Nornickel managed to unclutter more than 300,000 square metres of debris and obsolete equipment. This territory can be compared to 56 standard football fields. The Company plans to clean approximately 6 million square metres during winter.

So far, the clean-up campaign has reached the following milestones:

Throughout the landscaping activities, Nornickel disassembled 45 damaged constructions while extricating and eliminating 47.1 kT of industrial waste and 3.1 kT of used metals.

To conduct the clean-up, Nornickel obtained 121 unit of special-purpose equipment for the cleaning and landscaping activities, 72 of which have already been passed on to the Company’s Polar Division and 49 machines are yet to be delivered. In total, Nornickel spent more that RUB 3.4 bn solely on specialised machinery.

Nikolay Utkin, Nornickel Senior Vice President and Head of the Norilsk Division said that the first results of the major and extremely costly programme aimed at cleaning the production territory have already been delivered with more than 300,000 square metres cleared and 50,000 tonnes of scrap metal and waste removed. The scale of the programme implies engagement of specialised contractors, in addition to Nornickel’s professionals. Mr Utkin added that the programme will run all year focusing mostly on industrial waste elimination in summer and disassembling constructions and buildings along with recycling the debris and scrap metal in winter.