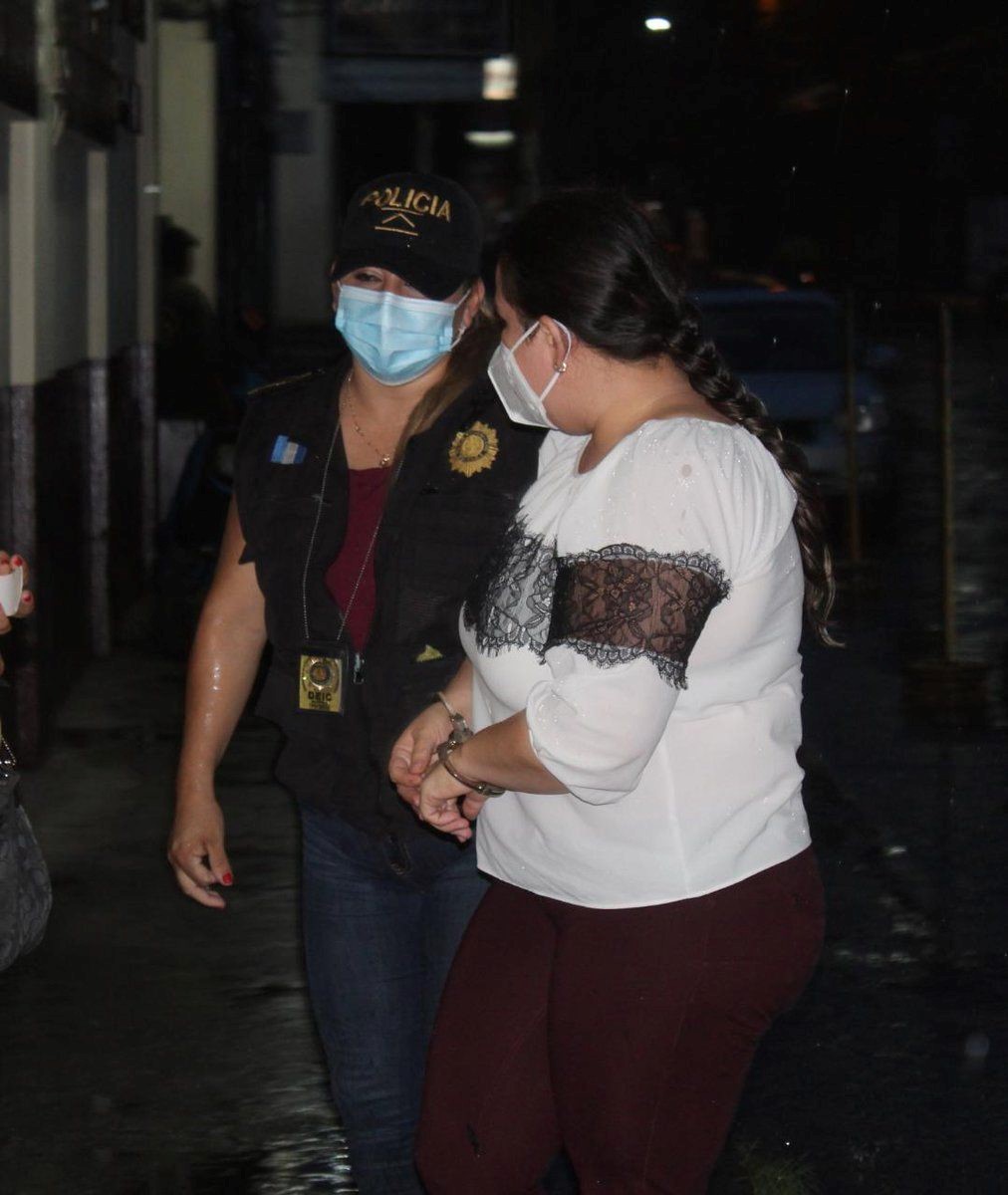 As reported in the El Periodico, on September 2, 2021, Karin Landaverry, the former director of the ministry of Energy and Mines was apprehended by the Guatemalan Authorities.

Landaverry, according to the El Periodico, was an advisor to Deputy Lilian Garcia and also acted as a lawyer for Federico Machado, who it has been alleged engaged in various unlawful mining activity in Guatemala without having the requisite licenses, and who is wanted by the US Authorities in connection with various drug trafficking and money laundering allegations.

In 2019, Landaverry worked in the Ministry of Energy and Mines (MEM) as the director general of Mining – Executive Director IV – during the government of President Jimmy Morales. In that capacity she would have been directly responsible for overseeing mining operations, including licenses and export credentials issued to miners. In addition, it has been reported that Ms. Landaverry also acted as counsel to former ambassador ad honorem Claus Marvin Mérida, who is the brother-in-law of the former head of MEM, Luis Chang.

According to the Relato newspaper, which first reported the story back in April 2019, Mr. Machado is wanted by US Authorities on charges of drug trafficking, money laundering and fraud. Specifically, with respect to Guatemala, the charges brought before the court in Florida, allege that Mr. Machado engaged in mining operations in Guatemala, despite the fact that his businesses did not hold valid mining licenses.

When the news was first reported, it seemed unlikely someone could continuously engage in active mining operations (moving, reportedly, several hundreds of millions of dollars) in the country without the necessary documentation, until it became apparent that Mr. Machado had influential advisors both within MEM (Ms. Landaverry) and outside.

Indeed, as has been reported by the Relato newspaper, a Florida court, through a United States law firm, sent requests for information about Machado’s operations and his contacts in Guatemala.  Among other matters, the requests sent by the US law firm to Guatemala sought information about the law firm Central Law – and specifically its partner Juan Pablo Carrasco and correspondence and communications with him. Juan Pablo Carrasco de Groote, is a prominent figure in Guatemala, who serves not only as a partner at Central Law, but was also at the time (and continues today to be) the president of the American Chamber of Commerce in Guatemala (AmCham Guatemala).

Mr. Carrasco expressly denied having any ties whatsoever with Mr. Machado; however, it was subsequently established that “Minas del Pueblo”, the allegedly illegal mining operation of Mr. Machado in Guatemala, was registered at the address of Central Law to receive notifications from the Ministry of Energy and Mines. Sources close to Minas del Pueblo subsequently confirmed that the partner responsible for the Minas del Pueblo account at Central Law was none other than Juan Pablo Carrasco, the president of the AmCham Guatemala.

As it would appear that both Ms. Landaverry and Mr. Carrasco acted as advisors to Mr. Machado on matters pertaining to mining, they would likely have had contact on several occasions in relation to matters of Minas del Pueblo.  In his capacity as a liaison for Minas del Pueblo, Mr. Carrasco would also have liaised likely liaised with Luis Chang.  Whilst an impartial investigation into the operations of Minas del Pueblo will undoubtedly be carried out, it remains to be seen how exactly Minas del Pueblo liaised with the Ministry of Energy and Mines under the previous administration, and what roles two persons engaged by Mr. Machado will have played in advocating for, or enabling, Minas del Pueblo’s continued operations, despite allegedly not having the prerequisite licenses.