Waqar Zafar, a digital marketer with an impeccable work ethic and deep knowledge of social media marketing has been in the field for over 5 years. In that time, he has worked on more than 200 projects for companies from across the world. His exceptional skillset includes blogging, SEO/SEM strategies, and social media campaigns among others. He is currently looking to move his online endeavors to offline platforms as well by working on B2B projects while still maintaining his freelance business at the same time.

Waqar grew up in Arifwala (one of the smallest cities in Pakistan). It will be his 25th birthday this year.

Most of his niche sites are in agriculture, equine, and the sustainable environment because he did his degree in Agriculture (Plant Pathology).

Despite his love of reading, he cannot always relate books to SEO. His secondary interests include politics, geography, and fiction.

Freelancing and blogging are his two main sources of income. His monthly earning is also boosted by local SEO, eCommerce SEO, and social media marketing.

He plans to add three more niche sites to his project list in the future. During 2019 and 2020, he had 7 niche sites and 3 of them were sold. As of now, he has four niche sites from new to one-year-old. 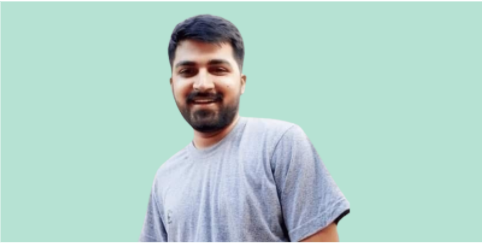 He finds working online quite interesting, even though the struggle isn’t long. Based on my observations, only two types of individuals choose to work online. One associated with the IT industry or one who comes from a poor family but believes in thinking big and writing their own destiny. Would you like to know which category He belongs to? That depends on the situation.

His family is upper middle class, and he graduated from the agricultural faculty. In his hostel life, Waqar had so much money he did not worry about working or having a career. As soon as he finished his degree, he began seeking employment. He was surprised to discover that no one was willing to hire him for more than Rs. 30,000 a month. It was pretty disappointing but he was hell-bent to do better. He knew, at that time, that he would not be able to live the life he deserved nor make any progress in the future with such average jobs.

Immediately after starting his search, he decided to try my hand at freelancing. Taking YouTubers seriously like most of you, Waqar Zafar tried everything they suggested, but it didn’t work for him. The struggle lasted almost six months. Erozgar introduced waqar to him just as he was about to give up.

He joined and learned about online jobs and started applying. Within a few months, he became a successful freelancer. In addition to learning, he tried his hand at affiliate marketing. Even though things took time and tested his patience, he didn’t give up. Having worked in the freelance field for several years and been a top-rated seller on Fiverr, I can say that working hard is the key to success. Waqar Zafar is on Facebook and Instagram to connect his digital achievements.