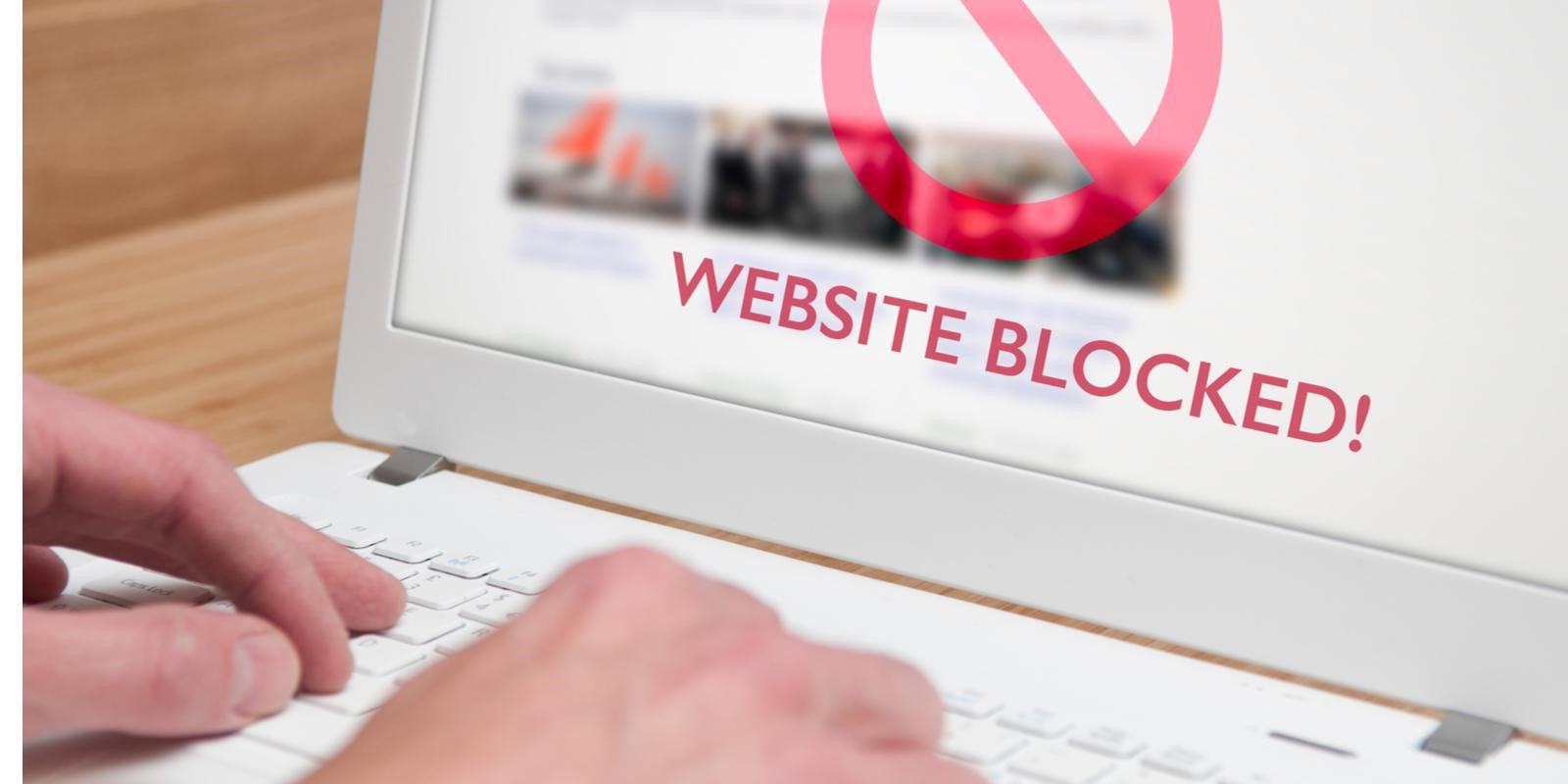 Sometimes we can come across websites that have been blocked or censored. This can be very frustrating to many of us, especially when we want to access news or social media websites.

Websites may be blocked for several reasons. This can vary depending on where you are. Some countries censor websites based on religions or laws. It can be difficult to get past this censorship.

Other times you may find censorship in a workplace or on public WiFi hotspots. This is mostly done to try and improve productivity levels for employees. However, even these can be bypassed.

Why Are Websites Blocked?

Websites are often blocked for various reasons. The specific reason can vary from country to country, however, in the majority of cases, it will come down to religious reasons. In some cases, it can be done because of specific laws within the country.

Some countries, such as China, block websites because their government enforces them. The Great Firewall is a system used by the Chinese government to censor specific websites and block people from accessing them from within the country.

The Great Firewall was built to protect the Chinese government from protests and activists. Several websites are blocked by the Great Firewall, including Google, Netflix and social media websites.

Google search, images and videos were blocked by the Chinese government after videos of police brutality surfaced. To protect themselves, they block Google and any foreign news sites to prevent any negative news from reaching their local people.

Social media websites were blocked for the same reason. Facebook and other messaging apps were also used to coordinate protests and attacks against the Chinese government.

How Can You Get Past Blocked Websites?

Sometimes you want to access your regular news sites to keep up with the latest stories or get onto social media to chat with some friends. It can be frustrating when those websites are blocked.

Luckily there is a way you can get past internet censorship and access the content you usually would. Using VPN software, you can change the location of your IP address by connecting to a global server.

Using VPN software will also encrypt your internet traffic. This means that no one will be able to see what is happening on your device. This means that you will have better security and privacy while browsing the internet.

Is it Illegal to Bypass Blocked Websites?

Many people are wary of using a VPN because they are unsure of whether it is legal or not. This is understandable because when you use VPN software no one will be able to track what you are doing on the internet.

However, this should not be a concern for you. In most cases, there are no problems with using a VPN. In some countries such as the United States, using a VPN is encouraged by the government since it provides extra privacy and security.

In some countries though, using a VPN has been made illegal. This is the case in China for example. Despite it being against the law, no one has been fined or arrested for using a VPN in China.

The main purpose of internet censorship in China is to protect the government from any potential protests or attacks. Authorities have no problems with foreigners accessing news websites or social media platforms while they are visiting China.

How to Prepare For Travelling

If you are travelling to a country where internet censorship is common, you should prepare for that before you travel. It is always a good idea to have a VPN on your device when travelling for security purposes.

Countries that use internet censorship will never support the use of a VPN since it effectively makes their censorship pointless. Therefore, they will block the websites that allow you to download and install the software.

You can find some free VPN software, however, it is highly recommended to use the paid versions. Free VPNs are normally much slower than paid versions, so they can be frustrating to use at times.

Free VPN software also has a bandwidth limit, where the paid version will not be limited. This means that you might only get to use 500 megabytes per day for example. This amount of bandwidth will not be enough for social media or streaming.