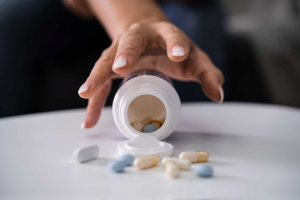 Opioids are prescribed pain killers that are addictive. Dependence on opioid is fatal as it causes death once a patient does not receive immediate medical intervention. People who are drug-dependent go through stages before they become fully dependent on the particular drug. The first stage is voluntary use. Due to curiosity and peer pressure, an individual tries or experiments with taking the drug. This happens commonly to teenagers. The story is different with older individuals, as they try the drug with the desire to escape from their troubles and problems and pair it with alcohol. At this stage, a person can still stop using the drug on their own.

Unfortunately, some who assume that taking the drug can solve their problems or gives them a better mood continue to take the drugs and drink alcohol frequently; hence, they progress to the second stage. The second stage is using the drug regularly, with peers or alone. When we say regular use, it does not necessarily mean daily, but this means the drug is used in an expected pattern, say, for example, every Friday or every weekend, or in anticipated situations like when a person is depressed, experiencing burnout, or fatigue. Inability to rise above this stage may lead to the next stage which is risky use, wherein the individual undergoes problems or issues in different areas of his/her life. Problems may arise at work, at home, in their relationship with others, and their financial status. The person may also commit lawbreaking at this point since the drug already causes behavior and attitude problems. At this stage, the person loses a lot—such as clarity of the mind, sound and rational decisions, relationships, money, but he/she may not realize it or not mind it because the drug becomes his/her urgent need. People who reach this stage are highly likely to move on to the next stage which is dependence. The person in this stage may or may not realize the harm that the drug triggers or causes, but still, he/she continues to take it because once they stop using it, they will experience painful withdrawal symptoms. When a person is already dependent, the person fails to live up to what is expected from him/her and no longer functions well. Because of the increased tolerance, the person needs to take more or higher doses to experience the same feel-good effect of the drug. Lastly, the person goes through the last stage, which is addiction, wherein using the drug becomes intense and uncontainable. The person cannot help but take the drug because it has already affected him/her physically,  emotionally, and mentally. They crave the drug intensely as if they could not live without the drug.

Opiate addiction can increase the risk of acquiring other health issues due to drug toxicity. The most affected are the lungs, immune system, cardiovascular system, kidneys, and neurological. TheReCover is a weapon in battling against opiate dependence as it provides information and connects you with doctors for treatment, especially through suboxone treatment. Buprenorphine is a type of medication commonly prescribed for dependence on opiates, however, Suboxone is more preferred since it is comprised of two medications: buprenorphine and naloxone. These two drugs work hand in hand to suppress the craving for opioids, reverse the effects of opioids, and alleviate physiological withdrawal symptoms.