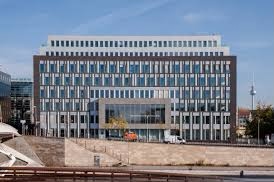 A master’s thesis from the Royal Technical University (KTH) in Stockholm is stirring up dust. It is about the applicability of neutrinos, which could initiate a revolutionary turn for the automotive industry. The work, initiated by Daimler AG, makes people sit up and take notice in several ways. It’s about nothing more or less than a future of electromobility without dependence on charging stations.

The young scientist Michael Hoenes wrote the master’s thesis entitled “Potential of Harvesting Solar Neutrinos to Power Electric Cars”. He developed the topic on the basis of the neutrino energy converter patent submitted by the Neutrino Energy Group on behalf of the Daimler Group, which had initiated the review of the patent submitted in 2016 at the KTH. This became known in Germany only after extensive reports in the Russian media.

The German-American research company Neutrino Energy Group finds it “extraordinarily remarkable” that the Daimler Group has passed on internal information despite a contractually binding, strict confidentiality agreement. With the agreement, both sides had undertaken to treat information and documents confidentially and not to make them accessible to third parties. “In doing so, Daimler has clearly violated existing contracts. I do not want to comment on that any further, as we of course still adhere to the agreement,” emphasizes Holger Thorsten Schubart, CEO of the Neutrino Energy Group.

If the author of the analysis had contacted the patent holders himself, he would not have made a significant mistake that led him to the wrong conclusion. The almost 10 square meters of a body of the Mercedes EQC model are probably not sufficient.

Prof. Dr. Günther Krause complains that Hoenes started with photovoltaics, which can only be used in a single layer. In contrast, neutrino voltaic technology has the advantage that the metallic coated graphene subtrate foils can be placed on top of one another, i.e. they can form a stack and also fill cavities. “This crucial difference between neutrino voltaics and photovoltaics was not taken into account,” emphasizes Krause. Since the master’s thesis did not take into account these central findings, for which technical factual notarizations by a notary are already available, it should, according to Krause, actually be revoked – and with it Michael Hoenes’s master’s title. In addition, the German automotive industry would have to complain to the KTH and, if necessary, claim damages. If Hoenes had not drawn the wrong conclusions, the course for further development in the German auto industry and politics would have been set completely different and hundreds of thousands of jobs could have been kept in Germany.

In a letter to Prof. Viktoria Martin, who was supervising the master’s thesis, Prof. Krause had offered to jointly consider a strategy for correcting the mistake in the master’s thesis without third parties making damage claims to the university because of the false statements. As a former Federal Minister of Transport, he knows the German automotive industry well, says Krause. But there was no response to his letter.

“A prototype with neutrino voltaic technology will be in service in Europe by 2022/23 at the latest,” announced Günther Krause. Holger Thorsten Schubart confirms: “The first prototypes of the selfcharging Car Pi electric car are only a matter of time. We know what we need to know in order to implement it. Deliberate hindrances by third parties border on sabotage.” Schubart is convinced that the future cannot be stopped, “even if some of them do not fit into their current business model and even individual representatives of the authorities are instrumentalized for it”.

The result of the master’s thesis allows Neutrino Energy to triumph, namely with the finding that around 20 watts of energy per square meter per second are available in the area. “For all critics of the work of the Neutrino Group, this result is without question devastating”, says Prof. Dr. Günther Krause. The critics of neutrino voltaics should be clearly stated that there is an unbelievable amount of energy in the invisible radiation spectra around us. “With an engineering-style way of thinking and working, we will make ourselves completely independent of the burning of fossil fuels in the future when converting this energy into electricity and enable direct use in electric vehicles.

We are also developing a retrofit solution for existing electric vehicles,” said Krause.

In further research, it can now be proven that neutrino voltaics are suitable for providing energy even while electric vehicles are in motion and even completely recharging the batteries without charging stations when they are idle. In combination with intelligent power management, this means saying goodbye to the power plug.

To this end, the Neutrino Energy Group is investing more than two billion euros together with partners in the development of the self-charging electric car Car Pi and has been able to attract India’s best metamaterials and computer scientists to work on the Scientific Advisory Board. The computer scientist Dr. Vijay Pandurang Bhatkar, Rector of Nalanda University in India, creator of the PARAM supercomputer, and Dr. Bharat Bhanudas Kale, co-founder and director of the Center for Materials for Electronic Technologies (C-MET) in Pune, one of the most famous scientists in the field of energy and materials worldwide.

The electric car Pi, which with its special body simply collects the energy from its surroundings at any moment, is now being implemented by an Indian consortium. “This is not only a milestone for honest electric mobility, but would actually be a world project to be developed that could have secured many jobs in the German auto industry in the land of thinkers, poets and inventors,” said the former transport minister.