The IPL 2021 season should be bright and unforgettable. Let’s take a look at what to expect in the new set from players, who will stay on their teams when the IPL auction takes place and what has happened so interesting in the past 13 seasons.

The IPL 2021 will take place and it’s cool in the face of the coronavirus pandemic. Although the holding of the tournament in India is in question. The Governing Body, led by Bridgesh Patel, discussed the issue and left the issue open and unresolved. Perhaps the UAE will again become the venue for the fourteenth season of the IPL.

Eight teams will play in the IPL 2021 and this is officially confirmed information. The tournament will be held in the spring. The start of the matches is scheduled for the end of March, or in extreme cases, it will be the beginning of April. 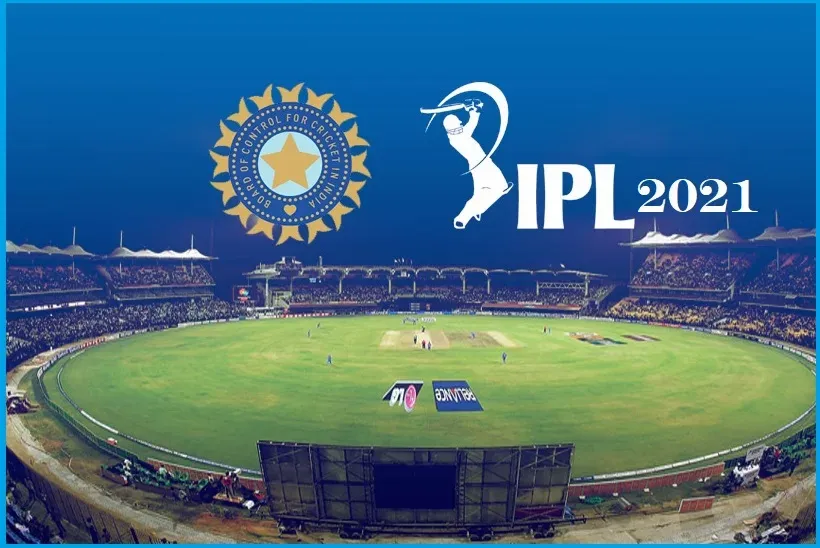 The 2021 IPL Player Auction will take place on February 18 in Chennai. It is noteworthy that the teams will not have additional funds to buy players, so loud transfers and unexpected decisions are possible. Eight franchises have announced their roster of retained and released players by the deadline. It happened on January 20th. Let’s take a look at the current lists of teams and players.

Before we get acquainted with what will happen in 2021 with the Indian Premier League season, let’s take a look at what moments were remembered from all previous seasons of the competition. This information will be very useful and fundamental, because knowing the historical aspects of the league, who were the champions and the best players in different seasons, we can see in our thinking what the next IPL season might be.

Every IPL trophy winner has a success story. Let’s take a quick look at the milestones of each season, highlighting the main valuable players who have made significant contributions to the development of cricket in India.

Rajasthan Royals became the first ever IPL 2008 winner. Shane Warne was the one who led his team to success in the first draw of the Indian Premier League. The Rajasthan Royals were considered a balanced team, with stars capable of pulling out results, and they did it as a result. Experienced cricketers Shane Watson and Graeme Smith played the main role in the victory, as well as energetic Yusuf Pathan and bowler Sohail Tanvir. It is believed that in the decisive bout for the title, Yusuf played the match of life, taking the first 3 decisive wickets and scoring 56 of 39. 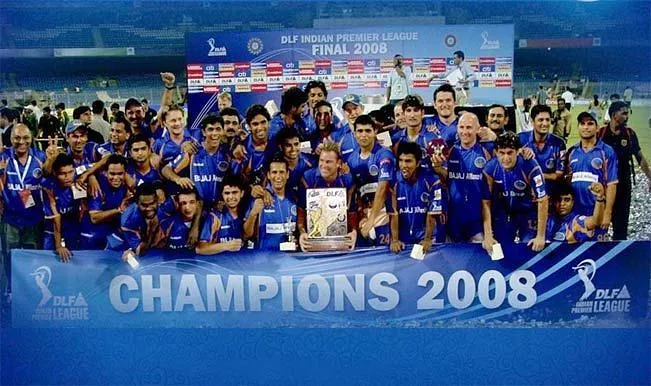 IPL Winner 2009 Deccan Chargers won the second edition of the Indian Premier League. The main role in the team was played by strikers incredible by the standards of the IPL. These include Herschelle Gibbs and Andrew Symonds. Young Rohit Sharma became a real discovery of the tournament. Pragyan Ojha and Adam Gilchrist were among the best in bowling performance and number of runs, respectively.

The Chennai Super Kings won the 2010 IPL with their first trophy, but not the only one. This victory was important for MS Dhoni, who lost the decisive match in the first season. In addition to this player, the team was significantly helped by such cricketers as Mathew Hayden, Albie Morkel and Muralitharan. Suresh Raina, in turn, played brilliantly with the bat and it was his result in the final game that helped his team achieve the title.

Notably, the Chennai Super Kings defended their title in 2011. They became the first IPL team in league history to win one final after another. This season, Michael Hussey has taken on the main acting role, playing important serves in numerous matches throughout the tournament. Nor should we underestimate Murali Vijay, whose performance in the final was phenomenal, which helped CSK defend the title loudly and with dignity.

The 2012 IPL winner Kolkata Knight Riders in the final prevented reigning Chennai Super Kings league champions from taking the trophy for the third consecutive year. It was difficult to catch up with 190 in the final, but as it turned out, possible. Bisla impressed with 89 out of 48 goals, offsetting Suresh Raina’s lack of a win.

The 2013 IPL winner is the Mumbai Indians who took the first step towards a successful history in the league’s sixth season. Rohit Sharma became the hero of the team, making the final result in favor of MI. By the way, Chennai Super Kings became the team that lost in the final for the second time in a row. CSK had its fourth successful season, becoming the winner 2 times and 2 times stopping one step away from the title. But the successes in 2013 were much more enormous precisely in the cricketers from Mumbai, who had a consistently good season.

The Kolkata Knight Riders reclaimed the title in 2014 a season after their previous victory. Thus, KKR became the second team to repeatedly win the IPL trophy. The most significant contribution to the victory of this team was made by cricketer Manisha Pandi, who forced KKR to pursue a total of 199 points. Pandy scored 94 out of 50, which is an outstanding result with an excellent mark in history. Additionally, KKR’s Robin Uthappa won the orange cap in the season finale with 660 runs in 16 innings.

The winner of the IPL 2015 was the Mumbai Indians team. This team became the third team after CSK and KKR to win the title several times. MI did it as did KKR, repeating their success a season later. Good balance, decent play throughout the season helped the Indians win the trophy again. A number of athletes like Simmons and Rohit Sharma, Kieron Pollard and Ambati Rayadu did their best to win MI. The best bowler was SlingaMalinga, but he could not get the purple cap, because Duane Bravo beat him to the minimum advantage in the number of wickets. 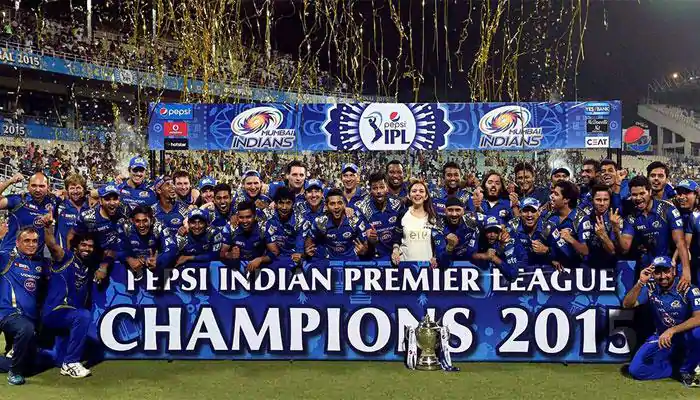 The winner of the IPL 2016 is Sunrisers Hyderabad. They have won the title only once in their history. RCB surrendered to CPX in just 8 rounds. The winners were proud of David Warner, who led the team to the championship as captain. RCB is also worth noting, as their season can also be called successful given the excellent results of Virat Kohli and Ab de Villiers. By the way, Virat became the owner of an orange cap in the 2016 season.

The 2017 IPL winners are once again the Mumbai Indians, becoming the most awarded Indian Premier League team in history. MI won exactly one season later the third season in a row. The winning stock of the Mumbai Indians over the rival in the final was only one run, which means a tough but well-deserved championship. It is worth noting the excellent performance of Rohit Sharma this season. He showed a high level as captain of the Mumbai Indians.

Chennai Super Kings became the 2018 IPL Champion, claiming the trophy following their success seven years ago. The Chennai Super Kings became the second team in tournament history to win more than two IPL titles. CSK veterans have played an important role in the success. Ambati Rayadu and Shane Watson were the backbone of a powerful squad, inspiring junior teammates with their experience and zeal for victory. Captain MS Dhoni and Dwanye Bravo directed the attack, making their bowling the most productive and productive in the league.

The winner of the IPL 2019 is once again the Mumbai Indians. It is interesting that the winners of the last two previous draws of the tournament faced an equal fight. The final match between the Mumbai Indians and the Chennai Super Kings took place in a tight fight right down to the last bowl. Thus, the Mumbai Indians became the record holders for the 4th time by lifting the trophy and taking it into the track record of significant victories. The Mumbai Indians have become the most successful team in IPL history and continue to hold onto a monumental lead.

The 2020 season will go down in IPL history for a long time. This was the year the league was postponed due to the global coronavirus epidemic and was only played in Dubai in the fall. Despite everything, the thirteenth championship will also be remembered for the triumphant performance of the Mumbai Indians. The team was able to defend the title and did so in a phenomenal final with the Delhi Capitals. MI not only repeated the achievement of CSK in protecting the trophy, but also achieved success in 5 of the last 8 seasons, reinforcing the title of the best IPL team in history! 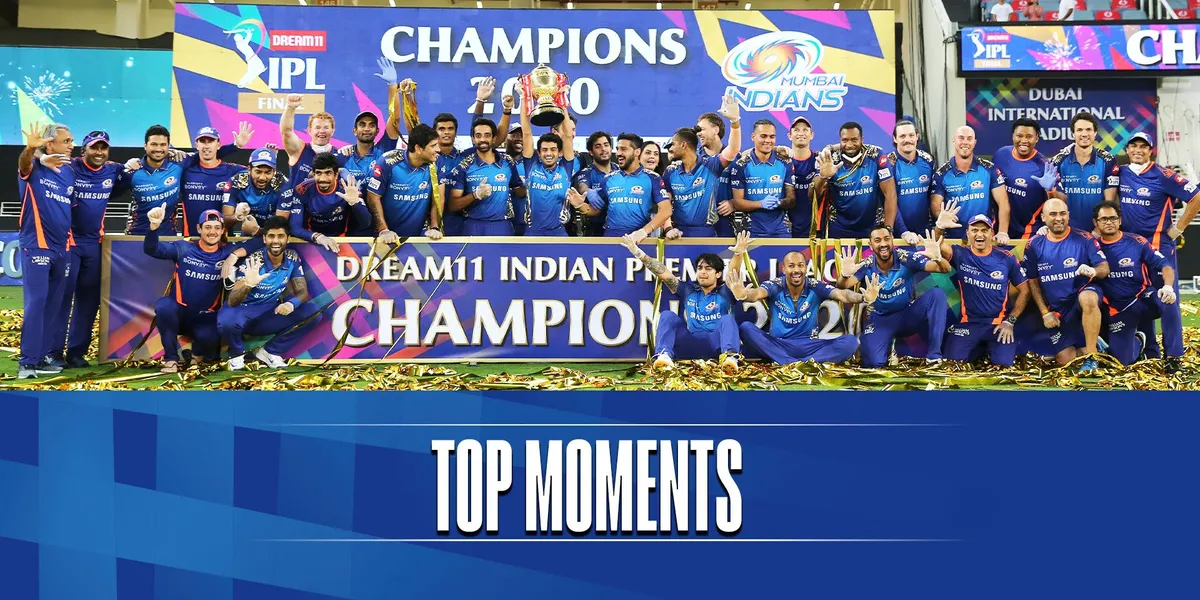 Previous information about the winners of the past IPL seasons will be as useful and interesting as possible for those who are going to bet on IPL 2021 events. Making predictions for the development of events in the upcoming league draw is a thing that can benefit betting enthusiasts.

You can find out more about what tips and strategies are for IPL cricket betting and which sportsbook sites accept clients from India on Cricket Island. This resource is a great guide for beginners, but can provide effective advice and expert players. By the way, they single out 4rabet as the best company that has an awesome welcome bonus, as well as excellent IPL betting options (such as high odds, maximum variability, live betting opportunities). In addition to this sportsbook, Indians may be interested in such betting sites as 22Bet, Bet365, Betway, Bodog, LeoVegas, 10Cric and ComeOn.

The post Complete guide to IPL in 2021 appeared first on Financial Market Brief.