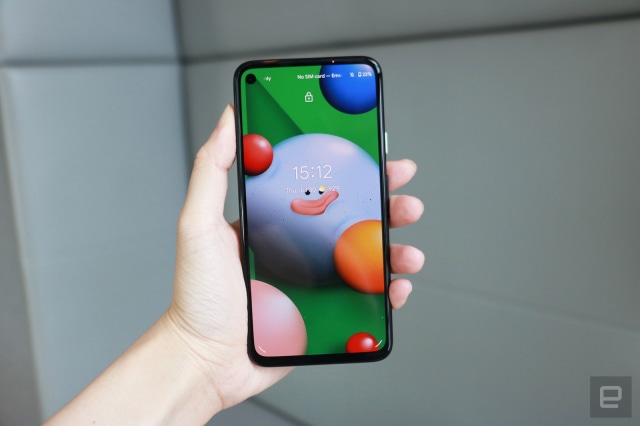 Google launched the Pixel 4a today and unlike previous years, there is only one version available. That’s one size, one color. No Pixel 4a XL, no “Clearly White” or “Purple-ish” option — we can only get it in “Just Black.” But there is going to be another variant available in the fall and that’s the Pixel 4a (5G). There will also be a 5G-ready version for the upcoming Pixel 5, which Google hadn’t officially announced until today. The 5G devices will start at $499, making them among the cheaper 5G phones around.

Vice president of product for Google Hardware Brian Rakowski told Engadget that “there will be millimeter wave and sub-6 configurations for people in the US.” Though the company isn’t ready to share many other details on the phones just yet, but wanted to let people know these 5G devices are coming in the fall. “If someone wants to wait for 5G, they’ll know about what it’s going to cost or the starting prices,” Rakowski said.

Considering how much we liked the Pixel 4a, especially its affordable $350 price, it will be interesting to see how these 5G devices will perform. Rakowski said that eliminating color and size variants has helped keep the Pixel 4a production costs low, and given that the device has already been delayed due to the pandemic, it’s easy to see why the company couldn’t release the 5G variant at the same time as the original. The company’s been able to use its software to make less-expensive hardware run like flagships, and it’s likely that despite the low starting price, the Pixel 4a (5G) and Pixel 5 could deliver premium experiences. Still, we can’t say until we learn more and get units in hand, so stay tuned for the details when Google launches these guys in the fall.