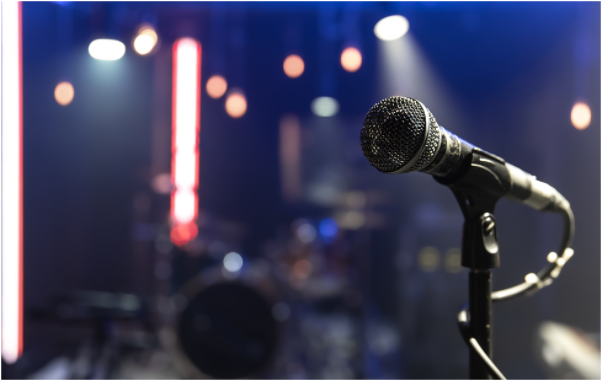 Each year, a different wave of fresh singers and performers spurt into the spotlight and seize our attention with their astonishing singing and melodic skills. Some of them have an amazing sound, taking on high and low notes beautifully; and some of them are blessed with a unique artistic voice. These exceptional qualities become the base of their success with a great fan following in just a few months.

Although it is not easy to tell which star will take the limelight this year, there are always some new stars that are gifted to us from this universe to whom we all learn to love and listen to. They have all that it takes to become a trend and an ingredient to become a star of the future. For this reason, we have put forward a list that tells you which stars from the continent of Africa, will make your musical world of the 2020s much better.

Top 7 Trending & Emerging Singers of the past decade from Africa

How can we talk about emerging singers and completely ignore their live performances and world tours? Many of us think about attending concerts and live performances of our favorite artists and bands, but it never gets into the reality phase due to the amount of money required to attend the whole event. However, by acquiring cheap flights to your destination from the platform of a well-reputed travel agency, you can easily manage a trip to the music festival or concert where your favorite artist is performing. One of our team members was able to book cheap tickets to Istanbul to attend a musical performance, with his friends with the help of a highly reputed travel agency. So, if he can do it, what is stopping you?

Lehlogonolo Mataboge, professionally known by his stage name A-Reece, is a Pretorian-born South African Singer. It was in primary school that he decided to become a singer, taking inspiration from his older brother P-Jay. Although he is not a new name in the music industry, and released a hit song back in 2014 ‘Casper Picture’, which was inspired by the life of CassperNyovest PH Raw, who is a fellow South African rapper.

A-Reece is an ambitious singer, who has signed multiple deals with renowned records and labels. His songs have topped charts and lists in many countries and his debut album was ranked number 1 on iTunes only after 24 hours of its release. Our inclusion of A-Reece in this list comes with high expectations which we know he will fulfill in the 2020s.

Sampa Tembo is a musician from Zambia. She is known to create refreshing and truthful music. Now based in Australia, her work is dedicated to all the past experiences in the countries where she has lived in. She was raised in Botswana, a place that has influenced her work to this day.

She grew up in a family of artists and performers, her father was a disk jockey and her mother was a dancer. She has also rapped in the early years of her career after getting inspiration from Lauren Hill’s music.

Tenderness is a singer from Swaziland whose real name is Tetenda Mandaza. Born in the capital city of Mbabane, this musical prodigy started his career by recording and producing songs in his bedroom studio in 2007-2008. Now an emerging disk jockey, music producer, and songwriter, he has a chart-topping hit song known as ‘JIKA’. He also released another song ‘Tell me’, which also topped different charts all over Africa. For this reason, he is surely an artist to look for in the upcoming years.

An exceptional vocalist and artist who possesses an amazing, soulful voice. She promises to sing you amazing and unique spells of songs that will transport you in a state of bliss. Born in Cameroon, and now based in the United States of America, Lorine Chia has worked on four different projects, different albums, and EPs. She is a self-taught aspiring musician who has worked her way up in the music industry. She believes that when a person works all by themselves, they tend to unlock new possibilities with their abilities which they knew never occurred.

Phy was born and raised in Nairobi, Kenya. She took part in the inaugural season of Maisha Superstar, an East African Musical show where she was the crowned winner. This proved to be a breakthrough for her in the music industry and she never looked back. 2022 is going to be her year, which is why we have included her in this list. Do look out for her and listen to her every song, as they are promised to top charts and billboards all over Africa.

Augustine Miles Kelechi, popularly known by his stage name Tekno is a Nigerian singer. Although he has been around the music business for some time now things have started to shape for him more recently. His single ‘Pana’ occupied the top position of charts in different countries and has over 20 million hits on YouTube. This song, along with a few others has become the favorites of people all over the African continent.

South Africa is way ahead of other African countries in Hip-Hop music, which is why there is another Hip-Hop singer on this list, Frank Casino. Frank is one of the latest South African rappers who is considered immensely talented and deserves every bit of recognition. After ranking on top of different charts with his first single in 2015, he came up with multiple songs, before launching his mix-tape. The 2020s is going to be his decade and we take immense pleasure in scouting him for your playlist.

The post Top 7 Trending & Emerging Singers of the last decade from Africa appeared first on 360PRWire.