Successfully dealing with chargeback disputes is a complicated and draining process for merchants. It’s made worse by the fact that the chargeback process varies between card networks. Most merchants often deal with Visa and Mastercard chargebacks. Though their processes are similar, there are some minor differences in deadlines and rules merchants should adhere to. The differences in terminologies can be confusing as well. 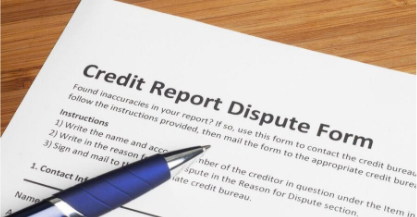 To manage disputes effectively, merchants should learn to play by the card network rules. Below is some information to get you on the right path of handling Mastercard chargebacks.

What is a chargeback?

A chargeback is a disputed transaction that involves a transfer of funds from a merchant back to a consumer’s account after a purchase was made. These disputes are accompanied by chargeback reason codes which explain why the chargeback was  filed. Mastercard had a long list of reason codes in the past, but they’ve since simplified it.

How to fight Mastercard chargebacks

The Mastercard chargeback process follows the below steps:

In the second presentment, a merchant can fight the chargeback by submitting a rebuttal letter and compelling evidence to support their claims. The issuing bank reviews the documents and makes a decision.

Unfortunately, though Mastercard dictates chargeback reversal rules, different issuers interpret the guidelines differently, leading to different outcomes. If you are constantly losing to a specific bank, test different templates, documents, and letters to determine which gets the highest win ratio.

However, such experimentation takes time. If time isn’t a luxury you can afford, enlist the help of a chargeback mitigation solution to fight chargebacks and get you a higher win rate.

How to avoid Mastercard chargebacks

The best way to deal with chargebacks is to prevent them from happening. Some tips you can use to do this include:

Though these measures can help reduce the number of chargebacks you receive, they don’t eliminate them 100 percent. Instead of busy merchants running A/B tests to determine the best template, it’s more efficient hiring a chargeback mitigation solution to increase your success rates.

The post Mastercard Disputes – What Are They and How to Deal with Them? appeared first on 360PRWire.