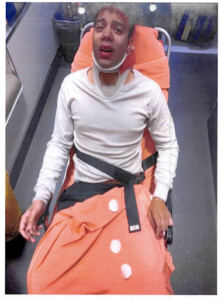 (Gio in the back of an Los Angeles Ambulance)

To be dated; L.A, United States:

Rising American singer-songwriter Gio Nation unfolds his prolonged struggles with Substance abuse and depression in a candid interview about his single “I Don’t Need You Anymore.” Gio Collaborated with hit music producer Gemini Muziq and created a song where he poured his heart out about an atrocious year of constant struggles and hopelessness. 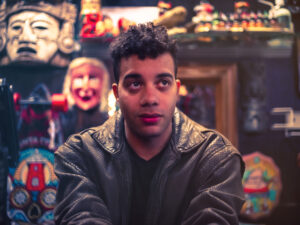 every second of every day.”

The American Musician, who has been candid about his mental health and substance abuse struggles, explained how one toxic relationship turned his life upside down. He recalled going to the subway platform & contemplating  suicide, struggling with the duality of wanting to  help others but feeling powerless to help himself. Substance abuse and depression have always been a problem lingering in the wings of the music industry. Even in an era where abstaining from alcohol and drugs is becoming more acceptable, the problem is metamorphosing. 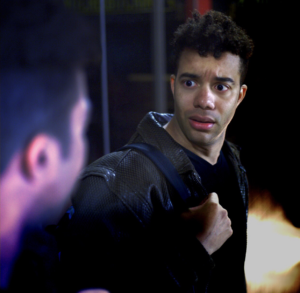 Sent several times to the ER, Gio struggled to cope up with his toxic relationship filled with betrayal, fighting, and constant psychological abuse. Regarding his toxic love relationship, Gio claims, “I was kicked out of the house broke, with all of my dreams shattered.”

Gio’s single “I Don’t Need You Anymore” represents hurtful words uttered by the ex who left him wounded.

“Writing the song just flowed and poured out of me subconsciously because it needed to. I was simultaneously experiencing it, creating it, and reliving it. It was painful, scary and also very liberating to do.”

Despite all the toxic energy, Gio continued his passion for writing and singing songs. He carried on with writing his single. He believes these struggles were what motivated him to write this song.

“Me having my bank account completely drained, being homeless, and being kicked out on the streets of LA is what seeded my song.” 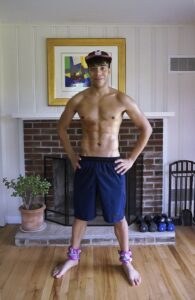 A Spark of Light in the Dark

Gio continued producing the song at home, where he was accompanied by positive energy from his family. His family provided him a safe haven while he recovered. Gio also attributes physical fitness as an enormous part of his rehabilitation.

“I produced the song at my grandmother’s house and half at my mother’s house. It really blossomed there. My parents have great energy in the house.”

Music is an explosive expression of humanity that every person is touched by. Gio’s devotion and passion for music are what helped him through these hard times.

“I wrote this song as therapy for myself. It was something that needed to leave my body so I could move on.”

Alongside “I Don’t Need You Anymore,” Gio produced two more singles in collaboration with the very famous song producer, Gemini Muziq that were appreciated by diehard pop music fans all around the world.

Gio’s willpower and devotion to music have set an example for his fans to move forward from their toxic past and achieve their goals. “I Don’t Need You Anymore” is a great blueprint for people to give themselves the time to heal and allow their body to feel what it wants to. 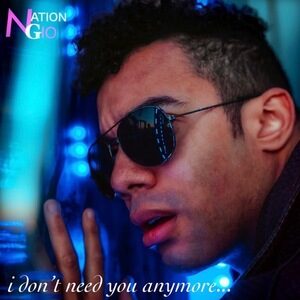 Crossing the road to success is indeed stressful and difficult, especially for musicians with social anxiety and past experiences of trauma.

Often, aspiring artists turn to alcohol to ease their worries which eventually becomes an integral part of their lives and identities.

Gio Nation opening up about his constant battle with depression and substance abuse in his single can help fight the stigma around struggles in the music industry and influence other people to learn, let go and move on.

“Music is therapy…How many times were you down and you heard a song, and it just spoke to you? I want to sing and help someone identify themselves through tough times like a divorce, abuse, or addiction.” Explains GIO Nation upon asking him, ‘what motivates you to write?’

“I’m very proud of how the song came out. I hope my listeners feel the essence of freedom and liberation from all those dark corners of their lives.”

LISTEN TO “I DON’T NEED YOU ANYMORE” ON! 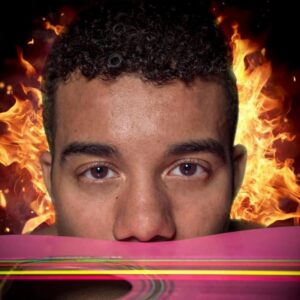 Growing up in a lower-middle-class family in Hebron, Connecticut, GIO discovered his passion for writing and performing at the age of seven. Soon, he began songwriting at just the age of fifteen. He looked up to his musical influences like; the iconic Lady Gaga, Tori Kelly, and Christina Aguilera. GIO picked up his guitar, and in no time, he fell in love with the idea of studying pop music and song composition.

His search to find his voice as an artist has taken him around the country. From Richmond, Virginia, to Los Angeles, & now New York City. GIO’s single ‘I don’t need you anymore’ has left fans in awe as they headed to Instagram and asked him, “Why does he only write sad songs?” It is true that his songs reflect the pain and gives comfort to a broken heart. He’s open about the struggles he faced before he got where he stands today.

During a casual Q/A session with his fans, he explained how he ‘slept on couches and knocked on every door to give him a chance’ until GEMINI noticed the spark in GIO and started to work on him. GIO has been very vocal about the problems and sufferings he dealt with and still deals with. He believes by talking about it; he can help others and give them strength to believe that they’re all in this together.

GIO explained how music and art are his two primary motivations. In one of his Crossroads Music Interview, he explained, “Music  has the ability to reach people and penetrate those parts which people are not able to interpret or understand. I love that aspect.” Music has been therapy for GIO, and he believes music can help people all around the world. It is one language that everyone speaks and loves, so through this music, he promises to inspire and help people overcome their daily battles.

Richmond, Virginia, to Los Angeles, and now New York City, GIO Nation continues to help people with his music. He occasionally hops onto Instagram to connect with his fans through a Q/A session. Keep up with the latest updates of GIO Nation through his official website; gionationempire.com

The post Gio Nation Opens Up About Substance Abuse, Depression, & Toxic Relationships in His Single “I Don’t Need You Anymore.” appeared first on 360PRWire.