The health of our immune system and overall vitality has been an important topic of conversation this year. The stress of modern society paired with a global pandemic is inspiring us to search for our healthiest selves.

A powerful tonic herb sourced from the top of the Himalayas, Shilajit may be the key to unlocking the radiant health we’re looking for…

What the heck is Shilajit?

Known as the Destroyer of Weakness, Shilajit resin is considered one of the most potent and rare substances in Ayurveda for its health and performance benefits. It can be mixed into coffee or taken straight in the morning for energy and clarity.

Originally discovered in the mountains of the Himalayas, Shilajit has been used for millennia by mountain tribes and Ayurvedic practitioners for its highly adaptogenic, immune-boosting properties.

Above the tree line where the most resilient plants grow, the harsh elements from the Shilajit Resin through thousands of years of plant decomposition. 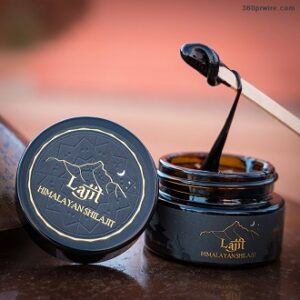 A powerful adaptogen has proven to balance your hormones, restore your microbiome, improve your cognition, and rejuvenate you from the inside out with its anti-aging properties. Many people report feeling refreshed and energized immediately after consuming it.

Lajit Gold, a new shilajit company recently founded in Sedona, is sourced in the Dhaulagiri mountain range. hand collected by Sherpas, the mountain tribes of Nepal who have been collecting and purifying Shilajit for generations.

What is fulvic acid?

When plants decompose over enough time they break down into humus. Humus is an organic component of the soil that contains fulvic and humic acids. Fulvic acid alone has over 50,000 unique biological compounds, including phytonutrients, amino acids, peptides, minerals, enzymes, nucleic acids, carbon, oxygen, and sulfur in a highly concentrated and bio-active form. The highest concentration of fulvic acid on Earth is found in Shilajit.

The Legend of Shilajit.

Ancient Vedic texts hold the most famous origin story of Shilajit. While residing in the Himalayan Mountains, Lord Shiva is visited by an elderly King Chandra Varma. Impressed by his determination and wisdom, Shiva takes Shilajit from his own body, to restore the youth and vigor of the aging King. Lord Shiva also gives “Amrit”, (Sanskrit for immortality and widely used as a name for Shilajit) to all of mankind as a gift of eternal youth and health.

Aristotle recommended consuming Shilajit and honey with a concoction of milk and grape juice. Alexander the Great gave Shilajit to his generals and personal guards to keep them sharp on the battlefield. William Shakespeare took time to familiarize himself with the sticky substance and wrote about it in a few of his famous plays.

Many people in Hindu culture claim to have met Sadhus and Yogis that live and meditate for hundreds of years without ever growing old or getting sick. In the high altitudes of the Himalayas, they’re able to withstand extreme weather with little to no protective gear. They remain young and active by consuming Shilajit, doing breathwork, and practicing Kundalini Yoga.

In 1870 British explorer Sir Martin Edward Stanley traveled to the Himalayas and observed the native monkeys eating a black sticky substance. His intrigue wasn’t inspired by the strange resin they were snacking on, but the fact that they were far healthier and more athletic than their European counterparts. As these observations continued it was revealed that the monkey population supplementing with Shilajit also had longer lifespans and were reproducing at a much higher rate.

From the founders of Lajit:

“We learned firsthand that not all shilajit is created equal. By taking it ourselves for the last 15 years and studying the industry we realized that most Shilajit on the market today is fake or of poor quality. We quickly saw that this ancient Earth medicine was being exploited and the true Rasayana version of this tonic was being suppressed.

After experiencing the profound rejuvenating effects of our Sherpa sourced Shilajit, we knew this was something special that the world needed to know about.

Our Sherpa friends are excited to start supplying the world with their Gold Grade Shilajit as well! The opportunity couldn’t have happened at a better time. Over the last 400 years since the Sherpas settled in Nepal, their main source of income has been from tourism. With worldwide travel restrictions and lockdowns, it’s been a challenging time for our Nepalese brothers and sisters.

A part of our mission is to give back to the people and the lands that we source from. Subscribe to our newsletter if you’d like to stay up to date with our “Clean Air, Clean Water, Clean Soil” Initiative. beginning 2022 in Sedona and Nepal.

The bigger mission is to help raise the vibration of the planet and together create Heaven on Earth. We believe healing ourselves and healing the world are mirrored actions. We know that Shilajit, along with the powers of humic and fulvic acid can help out tremendously with both.

Every day we will work on being a part of the solution. That’s the Lajit promise.” 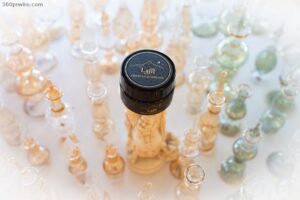 Why do you need Shilajit?

85+ trace ionic minerals, humic and fulvic acid, and tons of phytonutrients make it one of the most powerful nutraceutical formulas that we know of, formulated by Mother Earth over thousands of years.

Shilajit is a legendary Rasayana herb with a wide range of benefits spanning body, mind, and spirit. As an adaptogen, it will help to protect you from stress and thrive in any environment.

Some notable benefits of Shilajit:

For a limited time, Lajit Gold is offering $10 off your first order when you sign up for their newsletter. They’re also running a giveaway to win a year’s supply of Lajit Himalayan Shilajit. Two lucky winners will be selected on 12/12/21.

For more details and to enter the giveaway go to LajitGold.com/contest