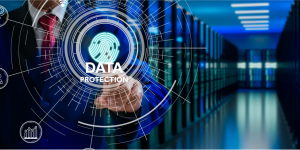 As we begin to approach 2022, edging ever closer to the second half of the 2020s, a lot has changed in the digital world, especially concerning our relationship with the internet. Several positive shifts have happened in terms of the digital transformation and innovative and emerging technologies that have appeared. The road to a total digital transformation (a.k.a a digitized infrastructure) has enormous advantages for the entire economy, as around three-quarters of businesses now rely on the internet for business processes and transactions. The speed of business, increased collaborative work models, significantly increased efficiency overall, marketing benefits, and reduced costs of adhering to the digital transformation are crystal clear and have ‘transformed’ the economy. Following and applying the latest digital trends to your business is a no-brainer these days. What about the negative side of digital transformation? How can there be a negative impact if there are so many benefits? Well, just ask any cybersecurity expert or company and your question will be followed by a big, heavy sigh. The notion is that with any great transformation or era, there inevitably be challenges to overcome. When it comes to digital security (cybersecurity), it looks like there is no end to the problems. Cybercrime has been rampant in all corners of the internet, and it looks like it is getting worse by the day. Just five years ago, something like the topic of cybersecurity at the office was not at all on the meeting table while today, major cybercriminal groups can bring an entire nation to its knees.

The global focus on cybersecurity has never been more intense in history. The increasing sophistication, severity, and frequency of cyberattacks as well as the appearance of severe threat groups known as APTs (Advanced Persistent Threats) are costing the economy trillions of dollars every year. The biggest insurance companies and heads of IT giants alike agree that cybersecurity is the number one priority for the economy. Cybercriminals (popularly known simply as hackers) have become very crafty and are conducting cyberattacks in novel ways, testing the defenses of every company out there. Not only are severe external threats like APTs stressing the economy, but things like lateral threats and malicious human actors are also on the rise (not to mention the damage that negligence at the workplace causes). This means that classical models of cybersecurity that are basic and perimeter-based are no longer sufficient. A lot of attention has been shifted to resource access, privileges, credential protection, and network monitoring. With more than half of the earth’s population now online, plus the billions of mobile devices out there that account for infinite amounts of granular data being pushed around via 3,4 and 5G and on storage solutions like cloud storage, the need for a strict, no-mercy cybersecurity solution is paramount. The digital transformation means that we now live in a world where everything from smartphones to IoT devices is communicating by default with cloud-native apps, big data systems, artificial intelligence, blockchain, and more. A digitally transformed business has innumerable benefits to both the customer and the retail side, but it also has great risks and dangers as soon as it wades into that ocean of possibilities.

The term cybersecurity in essence can be defined as the concept of defense-related to everything digital or connected to the internet. Cybersecurity solutions, which can range from something as primitive as a firewall to artificial intelligence defense systems, now comprise dedicated companies and have their sector. Businesses that have dedicated IT teams incorporate cybersecurity training of employees to prevent cybercrime, data breaches, data loss, and in general to consolidate digital safety practices.

What is Zero Trust?

Zero Trust is a relatively new concept that appeared at the surface around ten years ago. Earlier network environments did not have the remotely accessible resources, services, applications, or cloud-infrastructure reliance that the economy has bought into today. Earlier models of enterprise (business) cybersecurity were simple, perimeter-based solutions which had simple access protocols for internal users to access resources and applications required. Today, with the mass adoption of cloud computing and remote work, this has all changed. With that, due to a larger possible attack surface and disruption/breach possibilities, the cybersecurity angle has changed in the industry. Zero Trust automatically implies exactly that, zero trusts. It includes a verification approach that requests and evaluates access to every resource. Innately, Zero Trust architectures ‘verify first’ and offer benefits like mitigating ‘lateral movement’ across resources- thereby cutting down the cybersecurity risks.

Why Every Business Should Transition to Zero Trust Architecture

Enforcing Zero Trust access policies does have its drawbacks because strict policies like this tend to slow down access and employ several stages of security and re-verification for users. The costs and time involved in tailoring such architectures to individual IoT devices and users may also hinder business efficiency at some levels, but the gain in peace of mind, as well as compliance benefits, are huge. Unfortunately, less than 40% of enterprises today are employing Zero Trust architectures, instead of going for simpler models like IoT VLAN which is insufficient for proper risk levels in policy design. The reason most companies are not going for the full implementation of tailored Zero Trust architectures is mostly due to the complexity involved. Going forward, there will only be more IoT devices and reliance on the cloud, which only strengthens the case for the implementation of Zero Trust across the board. Rolling out pilot programs should be a priority, that will allow businesses to adjust KPI and learn how to function in a Zero Trust environment.

Due to our reliance today on SaaS, IaaS, IoT, and remote devices whether that be for personal use or business, for cybercriminals this is a goldmine of possible attack surfaces and vectors. Access control to valuable assets must be strict nowadays, and every device and endpoint should be treated as a possible threat scenario. Zero Trust is a necessary evolution in cybersecurity that aims to facilitate peace of mind with the increase in digital complexity, amounts of data transfers, cybercrime, and human error taking place in the connected industry today.