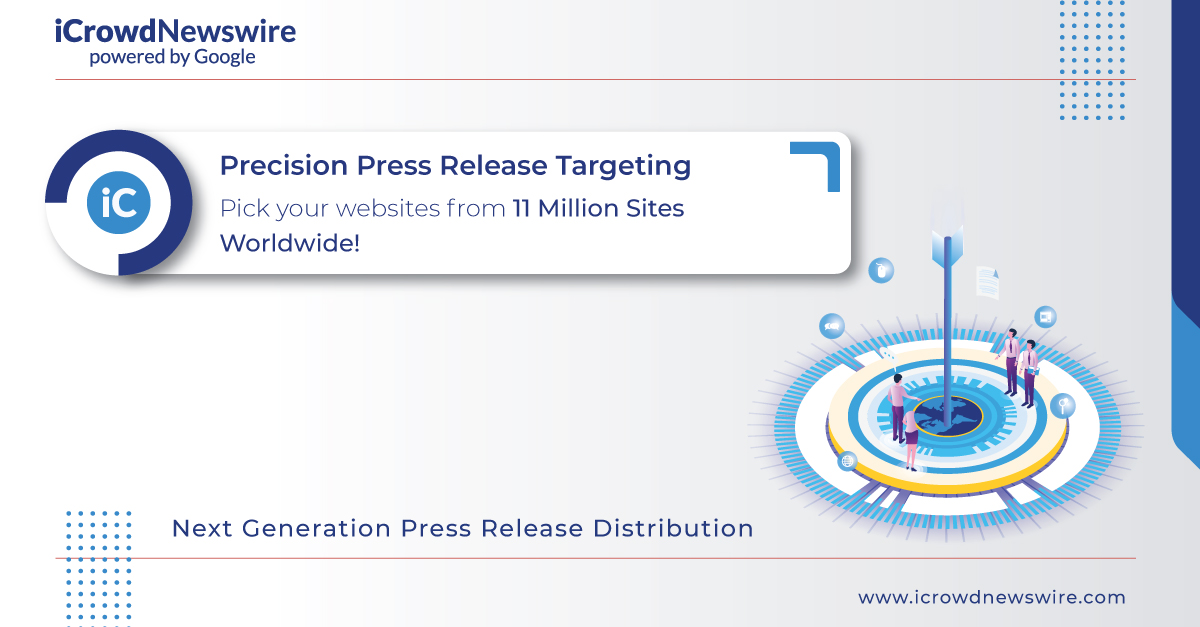 iCrowdNewswire – Miami, Florida, October 19 – iCrowdNewswire has launched industry first access to press release distribution on any of 11 million web sites worldwide leveraging Google’s network. All press release newswires include distribution on major and media web sites but very limited access to niche and specialty sites that are extremely important to corporate communicators. “Our sales research team has identified around 300,000 press release issuers” commented Hector Botero, President of iCrowdNewswire. “The communications need of such a large and diverse universe requires access to specialty web sites which until today, no wire no matter how large can deliver”, added Botero.

iCrowdNewswire powered by Google will allow press release issuers to request distribution on up to 5 additional web sites worldwide, in all industries and sectors, and in all languages through Google’s network of 11 million sites at no extra charge as part of its Super Premium product which is priced at $450 flat fee all inclusive. The service is being deployed to respond to the frequent need of public relations and corporate communications professionals to reach industry specific niche sites that provide huge value to companies.

For more information go to: www.icrowdnewswire.com

Launched in 2015 by a team of former Business Wire, Marketwired, PR Newswire and Dow Jones executives iCrowdNewswire powered by Google which was recently named to the SourceScrub “Top 25 Bootstrapped Software Companies 1H 2020” has implemented more press release distribution innovations than any other newswire in the industry. With over 4,000 registered users and a team of over 100 professionals iCrowdNewswire is perfectly poised to continue sustained triple digit growth.To see the iCrowdNewswire teamhttps://icrowdnewswire.com/team/

Launched in Brazil in 2016 www.influency.me was built for the global marketplace by the founder of Comunique-se the largest media database company in Latin America and Dino, the largest press release distribution in Brazil. In 2019 Influency.me accomplished over 10,000 influencer engagements for companies such as Oracle, IBM, PayPal and others. A full-service end-to-end platform, customers have the option to use the Influency.me platform or retain have the services provided to them. In the platform users search through the extensive global database to find the preferred influencer, negotiate engagement, retain the influencer, launch and monitor campaigns and settle with the influencers.