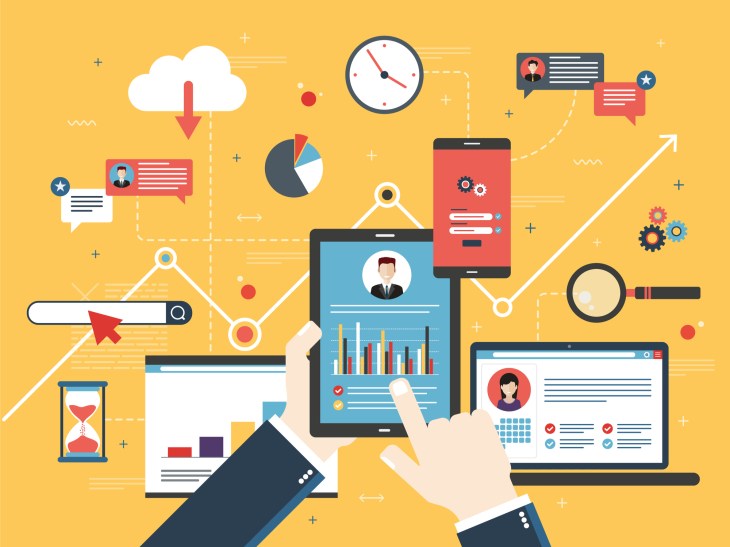 “The app that you use the most on your phone and you don’t realize it is your keyboard,” says Christophe Barre, the co-founder and chief executive of OneKey.

A member of Y Combinator’s  most recent cohort, OneKey has a plan to make work easier on mobile devices by turning the keyboard into a new way to serve up applications like calendars, to-do lists and, eventually, even Salesforce functionality.

People have keyboards for emojis, other languages and gifs, but there have been few ways to integrate business apps into the keyboard functionality, says Barre. And he’s out to change that.

Right now, the company’s first trick will be getting a Calendly-like scheduling app onto the keyboard interface. Over time, the company will look to create modules they can sell in an app store-style marketplace for the keyboard space on smartphones.

For Barre, the inspiration behind OneKey was the time spent working in Latin America and primarily conducting business through WhatsApp. The tool was great for messaging, but enterprise functionality broke down across scheduling or other enterprise app integrations.

“People are doing more and more stuff on mobile and it’s happening right now in business,” said Barre. “When you switch from a computer-based world to a mobile phone, a lot of the productivity features disappear.”

Barre, originally from the outskirts of Paris, traveled to Bogota with his partner. She was living there and he was working on a sales automation startup called DeepLook. Together with his DeepLook co-founder (and high school friend), Ulysses Pryjiel, Barre set out to see if he could bring over to the mobile environment some of the business tools he needed.

The big realization for Barre was the under-utilized space on the phone where the keyboard inputs reside. He thinks of OneKey as a sort of browser extension for mobile phones, centered in the keyboard real estate.

“The marketplace for apps is the long-term vision,” said Barre. “That’s how you bring more and more value to people. We started with those features like calendars and lists that brought more value quickly without being too specialized.”

The idea isn’t entirely novel. SwiftKey had a marketplace for wallpapers, Barre said, but nothing as robust as the kinds of apps and services that he envisions.