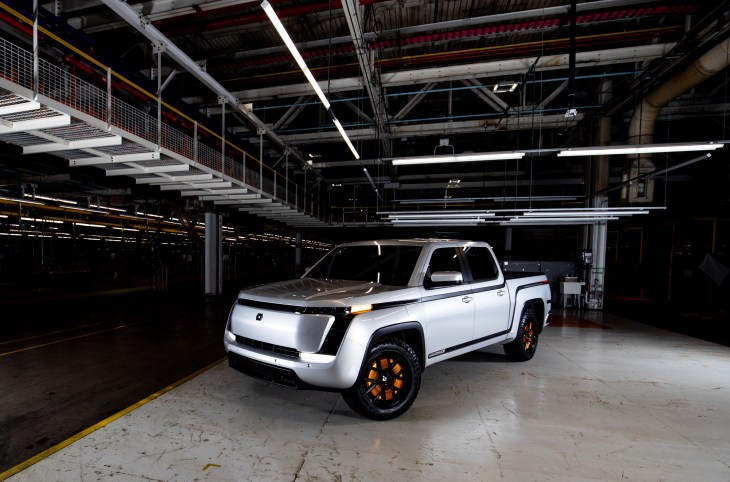 Lordstown Motors,  the one-year-old Ohio electric automaker that revealed a pickup truck prototype in June, has reached a deal to merge with special-purpose acquisition company DiamondPeak Holdings Corp., with a market value of $1.6 billion.

The agreement marks the latest company — and electric automaker — to become a publicly traded company through a merger agreement with a SPAC, or blank-check company. Electric automakers Nikola Motor and Fisker Inc. have also become public companies through a SPAC over the past two months. Shift Technologies, an online used car marketplace and sensor company Velodyne Lidar, also went public via a SPAC, sidestepping the traditional IPO path.

In this latest SPAC, the combined company will remain on the Nasdaq under a new ticker symbol, RIDE. DiamondPeak Holdings Corp. was listed on the exchange under the ticker DPHC.

The company said it was able to raise $500 million in private investment in public equity, or PIPE, including a $75 million investment by General Motors. Other institutional investors that joined include Fidelity Management & Research Company, Wellington Management Company, Federated Hermes Kaufmann Small Cap Fund and funds and accounts managed by BlackRock.

The transaction is expected to close in the fourth quarter of 2020. The new combined company’s board will include Steve Burns, the founder and CEO of Lordstown, and David Hamamoto, chairman and CEO of DiamondPeak.

SPACs have been around for decades and have gone by different names, including “blind pools” and “clean shell companies” and “blank-check companies.” A SPAC is a corporation that has no defined business plan or purpose other than to raise money from public markets to acquire a private company. The SPAC has seen a resurgence in 2020, particularly in the second and now third quarters.

Lordstown has an interesting history for such a young company. Lordstown Motors is an offshoot of Burns’ other company, Workhorse Group, a battery-electric transportation technology company that is also a publicly traded company. Workhorse is a small company that was founded in 1998 and has struggled financially at various points. Its offshoot, Lordstown Motors, revealed a prototype of an electric pickup truck called Endurance that is aimed at contractors and other buyers in the commercial market.

The plan is to produce 20,000 of these electric commercial trucks annually, starting in the second half of 2021, at the former GM Assembly Plant in Lordstown, Ohio. Lordstown Motors acquired in November the 6.2 million-square-foot factory from GM.

The combined company plans to use about $675 million of gross proceeds from the SPAC transaction to  fund production of the Endurance. Since the truck’s unveiling, the company has secured pre-orders valued at $1.4 billion (or about 27,000 total pre-orders), according to Burns.