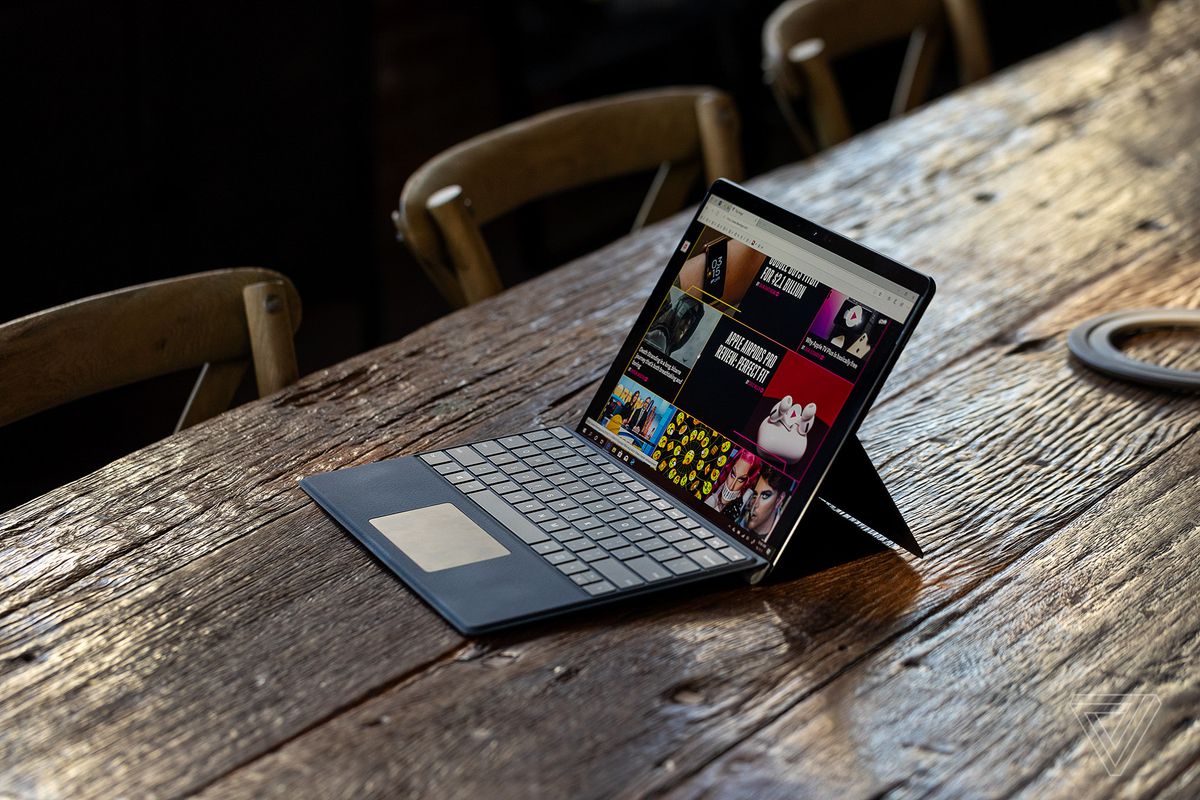 Microsoft’s AI-powered “eye contact” feature for the Surface Pro X is finally starting to roll out, months after it was originally announced for the ARM-powered Surface laptop last year.

The new feature is rolling out now as part of Windows 10 Insider Preview Build 20175, which means that it likely isn’t too far from a broad release.

According to Microsoft, the new feature relies on the “artificial intelligence capabilities of the Microsoft SQ1 processor” to adjust where your eyes are looking in a video call or chat to make sure that you always appear to be making eye contact with the camera — even if the lens is off to the side or you’re looking down at your display. When enabled, the eye contact correction will automatically apply to any app that uses the front camera (like Zoom, Skype, or Google Meet), although it only works when the Surface Pro X is in landscape mode.

An interview with VentureBeat from last fall indicates that the technology involves the unique AI capabilities of the ARM-based SQ1 processor, enabling the feature on the Surface X. That means that it won’t be available on regular, x86 Windows computers — the kind of processing going on here just draws too much power to be practical on a regular machine.

If this sounds familiar, that’s because Microsoft isn’t the only company working on AI-corrected gazes: Apple has been working on a similar “FaceTime Attention Correction” feature for some time, with early versions of the functionality showing up in iOS 13 betas last year before getting pulled from the final release. Apple’s iOS 14 website does list the feature, though, so iPhone and iPad users won’t have too long to wait before they’re able to fake paying attention during long FaceTime calls, too.