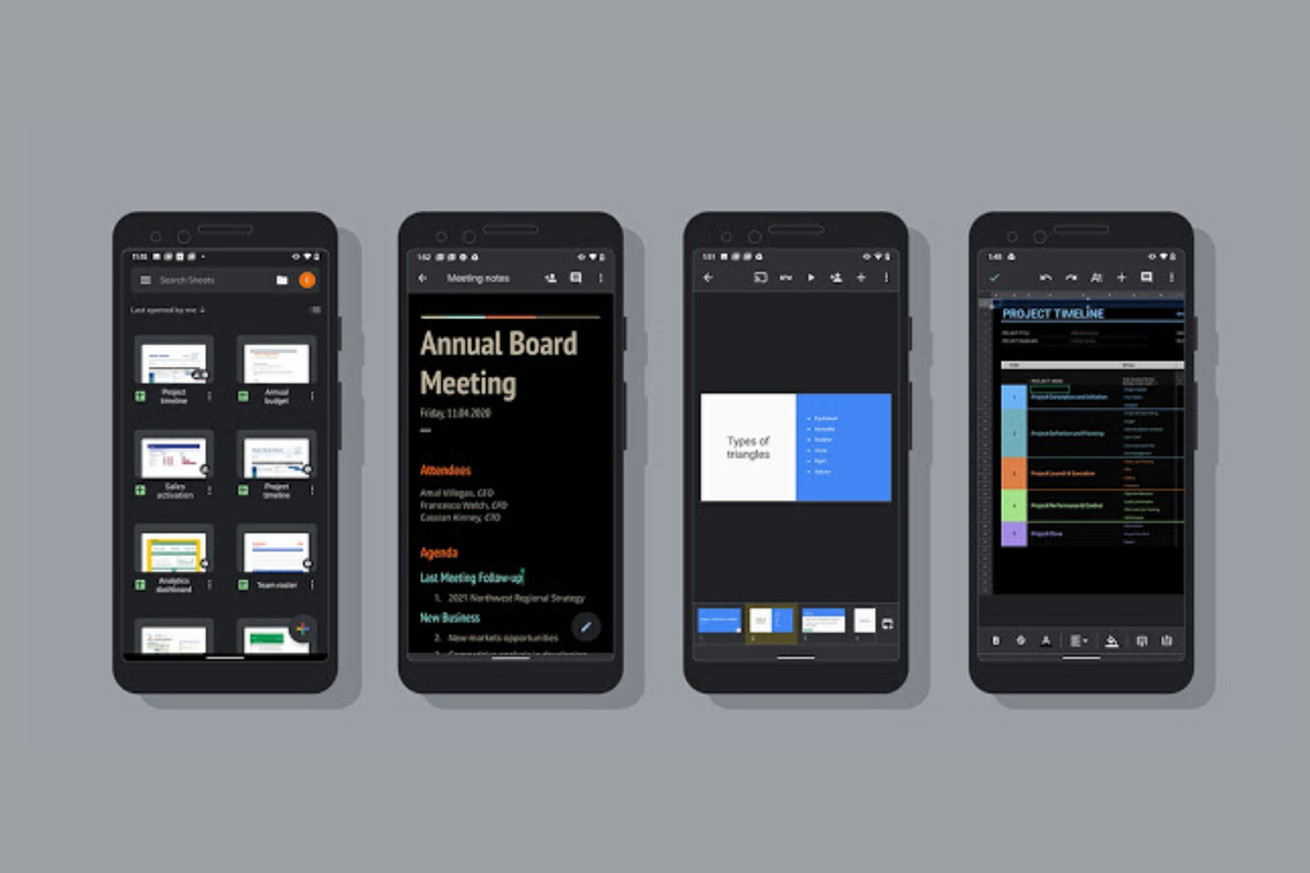 Google is rolling out a dark mode for its Docs, Sheets, and Slides apps on Android starting today.

The tech giant says all Android users will gain access to the dark theme within the next two weeks. Users can activate the dark theme on Docs, Sheets, or Slides by going to the respective app’s settings. Google also says that the apps will automatically use your system theme, meaning if your device already has dark theme enabled, you will not have to enable it manually in these apps.

Last year, Google promised to deliver dark mode to all of its first-party apps. It’s slowly added dark mode to a number of apps in the year since, including the Google app, Gmail, and Google Calendar, though some apps such as Google Maps do not have dark mode on iOS. In the last several years, dark mode has been a popular addition to Android and iOS apps, thanks to its battery-saving benefits and sleek design.