The street imaging platform will now be accessible to commercial users. 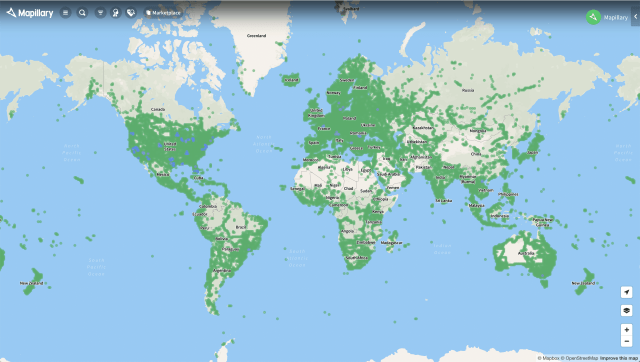 Facebook has done a fair bit with maps in recent times — last year it opened up its AI tool to OpenStreetMap users and announced its plans to recreate an AR planet based on a 3D map of the world. More recently, it’s deployed an interactive map to keep users up-to-date with the spread of COVID-19. Now, it’s acquired Google Street View alternative Mapillary.

Mapillary is a street-level imagery platform that scales and automates mapping. Since 2013, users from some 190 countries have been collecting photos of their neighborhoods using smartphones, with Mapillary’s software stitching them all together to create immersive street-level views. It’s basically a crowd-sourced Google Street View.

Until now, all the imagery on Mapillary has been free to use for anyone for non-commercial purposes, but starting today, it will be free for commercial users as well, which gives us a clue as to how Facebook could include the service on its platform — you can probably expect street shots of businesses on their Facebook pages soon. The acquisition helps to push forward Facebook’s general map-based ambitions, too.

As mentioned, Mapillary is Google Street View’s biggest competitor and has attracted the attention of other major tech companies in its time — Amazon showed keen interest a few years back. Alternatives such as Apple Maps and Bing Maps have tried (and arguably failed) to contend with Google’s offering, but with Facebook at the helm Mapillary could well be the one to take it on seriously.