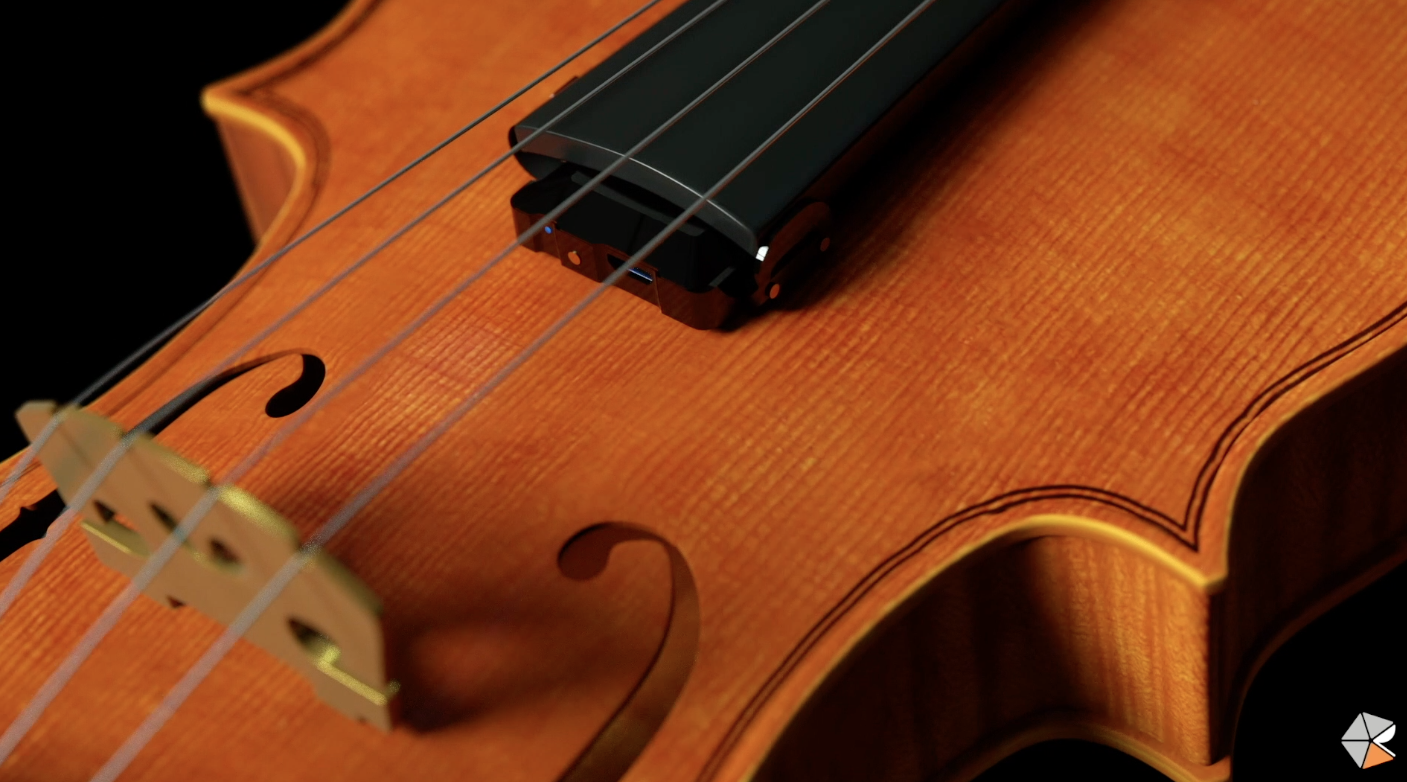 Austrian music tech start-up NIMIKRY have launched a Kickstarter campaign to produce DigitAize – an innovative new digital module which allows players of string instruments to blur the lines between the worlds of classical and electronic music.

DigitAize gives string players the flexibility and limitless options of digital sound manipulation, while maintaining the feel and sound quality of an acoustic instrument. Using a combination of digital and analog signal processing, DigitAize allows musicians to unlock a host of features using their instrument, including: the ability to trigger sounds using music-making software; controlling synthesizers and samplers; and recording real-time notation into software like Finale or Sibelius.

Not only this, but the module’s in-built gyroscope allows the user to manipulate MIDI parameters live by moving their instrument. This means that a musician could activate a filter or modulation during a live performance simply by tilting their instrument. On a more functional level, the gyroscope can also be used to give feedback on the musician’s posture, and give advice on how to adjust accordingly.

While electric string instruments have been on the market for some years, DigitAize truly gives players the best of both worlds between acoustic and electric. DigitAize can be mounted on any acoustic string instrument and maintains the unmatchable acoustic qualities and feel of the original instrument, with the boundless opportunities of digital sound.

Similarly, the DigitAize module has a significant advantage over other MIDI pickups, with higher accuracy, lower latency, and unrivalled ability for polyphonic pitch tracking. These advantages over other electric string solutions will be a key distinction for string players who know their own instrument inside-out.

DigitAize consists of two main parts – the module, which attaches to the instrument and contains the bulk of the technology powering DigitAize; and the high-resolution sensor, which acts as a “second skin” for the instrument’s fingerboard. The module weighs just 20 grams but contains DigitAize’s analog-to-digital converters, two digital microphones, a high-resolution gyroscope and accelerometer, as well as Bluetooth and WiFi modules and a rechargeable battery.

As professional musicians themselves, the developers of DigitAize understood the importance of their technology being as unobtrusive to the playing experience as possible. The DigitAize sensor, which attaches to the fingerboard, is a patented technology which tracks the player’s finger movements and converts them to digital signals. With its 150 contact points, the DigitAize sensor is the most powerful mapping system ever applied to an acoustic instrument, and at just 0.3mm thick it is unnoticeable while playing.

DigitAize is the brainchild of Austrian composer-performer duo Nimikry, whose innovative and experimental approach to blending classical and electronic music has become their trademark.