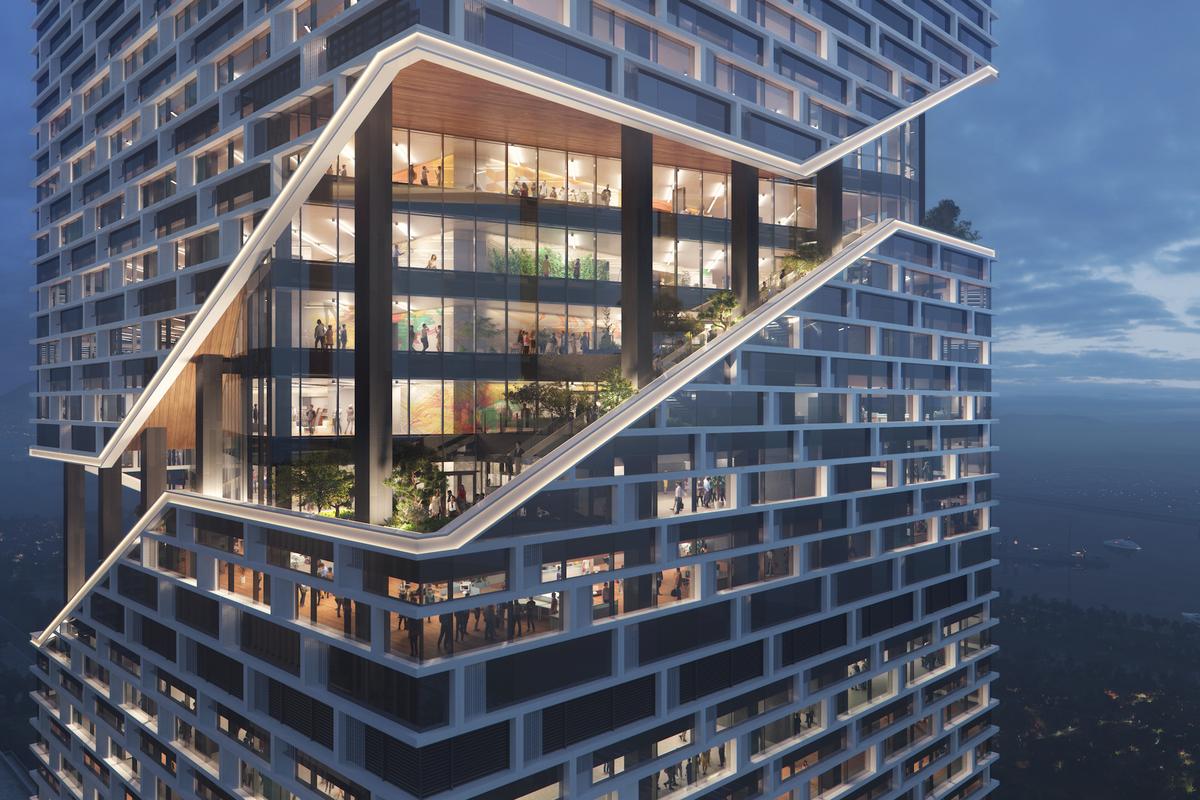 The Vivo headquarters is expected to be completed in 2025

Construction work is underway on an eye-catching new skyscraper in Shenzhen, China. Designed by NBBJ, the 32-story building will serve as a new headquarters for technology firm and smartphone maker Vivo, and will feature multiple levels of garden terraces on its exterior.

The project is unrelated to NBBJ’s recently-revealed plans for Tencent’s Net City, also in Shenzhen, and will rise to a total height of 150 m (492 ft). Its facade will be broken up by garden terraces hosting different types of plants and trees, reflecting the flora of different areas of southeast China.

“The nature-infused headquarters places the well-being of employees and the community first, via an innovative approach: lush green spaces cascade from the welcoming public plaza to the uppermost level of the tower,” says the firm.

“As the landscapes move up through the building, they gradually transition to evoke the diverse biomes found in southeast China, from coastal wetlands and lowland forests to subtropical and alpine forests. As the restorative effects of nature are scientifically proven to boost work performance and health by lowering blood pressure and heart rate, every level provides easy access to green space for work, as well as paths for exercise.”

The interior will be mostly taken up by office space, with a public plaza and retail areas on the ground floor, and a flagship Vivo store on the fifth floor. Elsewhere will be restaurants, conference levels, and an employee cafeteria. The uppermost floors will host event spaces and more conference rooms boasting choice views of the area.

The project is slated to receive WELL and LEED Gold certification (green building standards) and its overall form is designed to both maximize natural light inside and provide shading where required. Rainwater will be captured in tanks for reuse and landscaping will be designed to mitigate the risk of flooding.

Construction is already underway and the project is due to be completed in 2025. We’ve seen a bunch of towers integrating greenery going ahead of late, with Heatherwick Studio’s Eden and UNStudio’s Southbank by Beulah two recent examples.