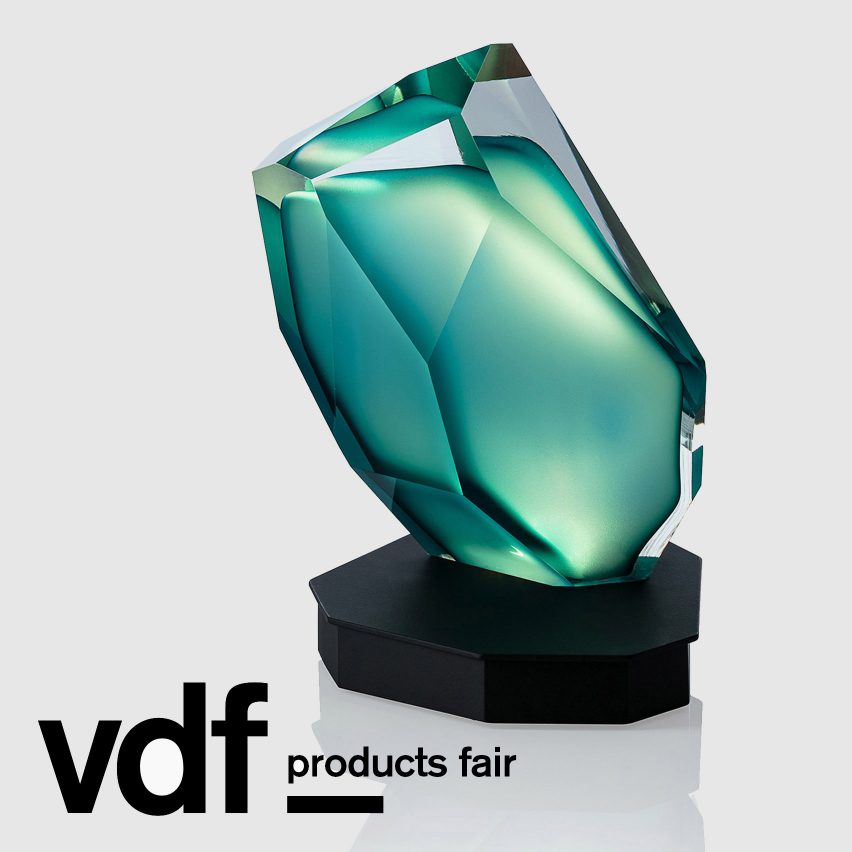 A crystal-like table lamp that is modelled on Kryptonite, a fictional material featured in the Superman comics, is among the products that Lasvit is presenting at VDF products fair.

The table lamp, aptly named Crystal Rock, is made from coloured glass and designed by artist Arik Levy to reflect patterns of light, whether it is switched on or off.

It is described by Lasvit as “a frozen shooting star” and extends the brand’s existing Crystal Rock collection, for which Levy has previously designed a pendant light and vase. 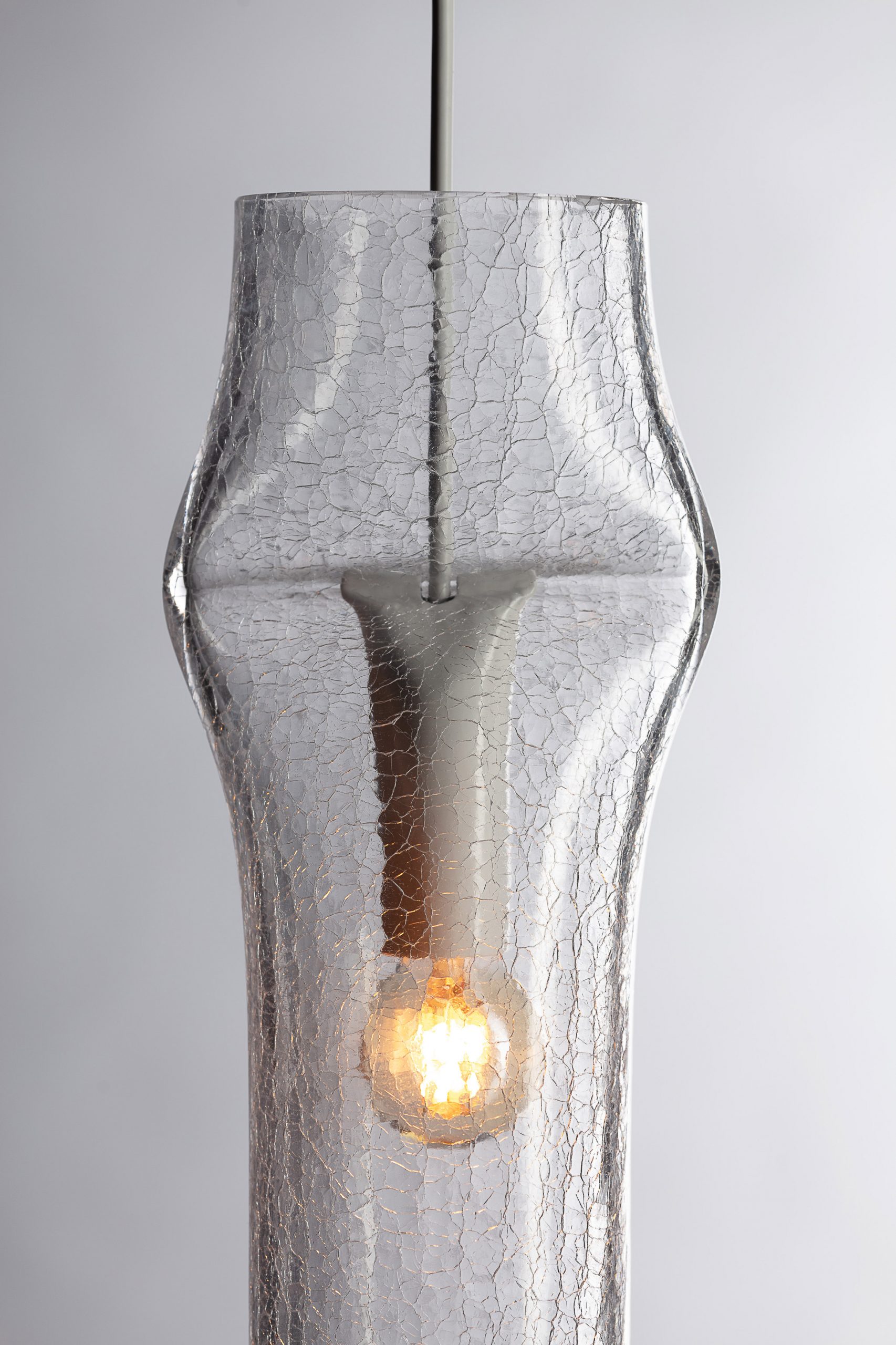 Crystal Rock is now on show at the VDF products fair alongside four other products by the Czech lighting designer and manufacturer Lasvit, including an update to Nendo’s Press Iced collection.

The new Press Iced lighting is designed by Nendo for use as a floor or pendant lamp and introduces a glass shade that appears to have been broken into a thousand tiny pieces. 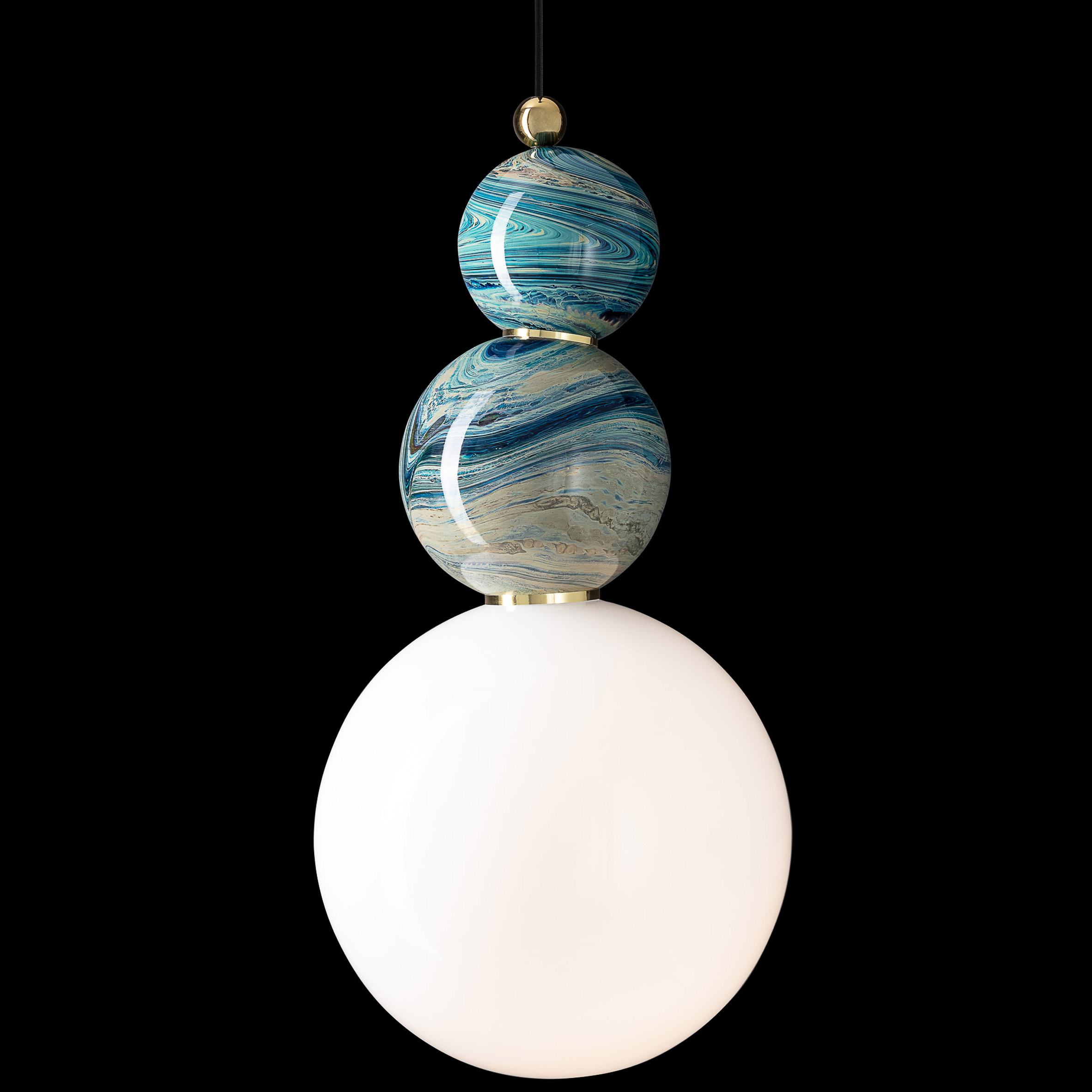 Spacey is composed of a stack of three glass balls intended to resemble planets orbiting a star, while the Globe Metro lighting comprises a glass sphere with concave indentations that mimic the aluminium wall tiles in Prague’s metro stations. 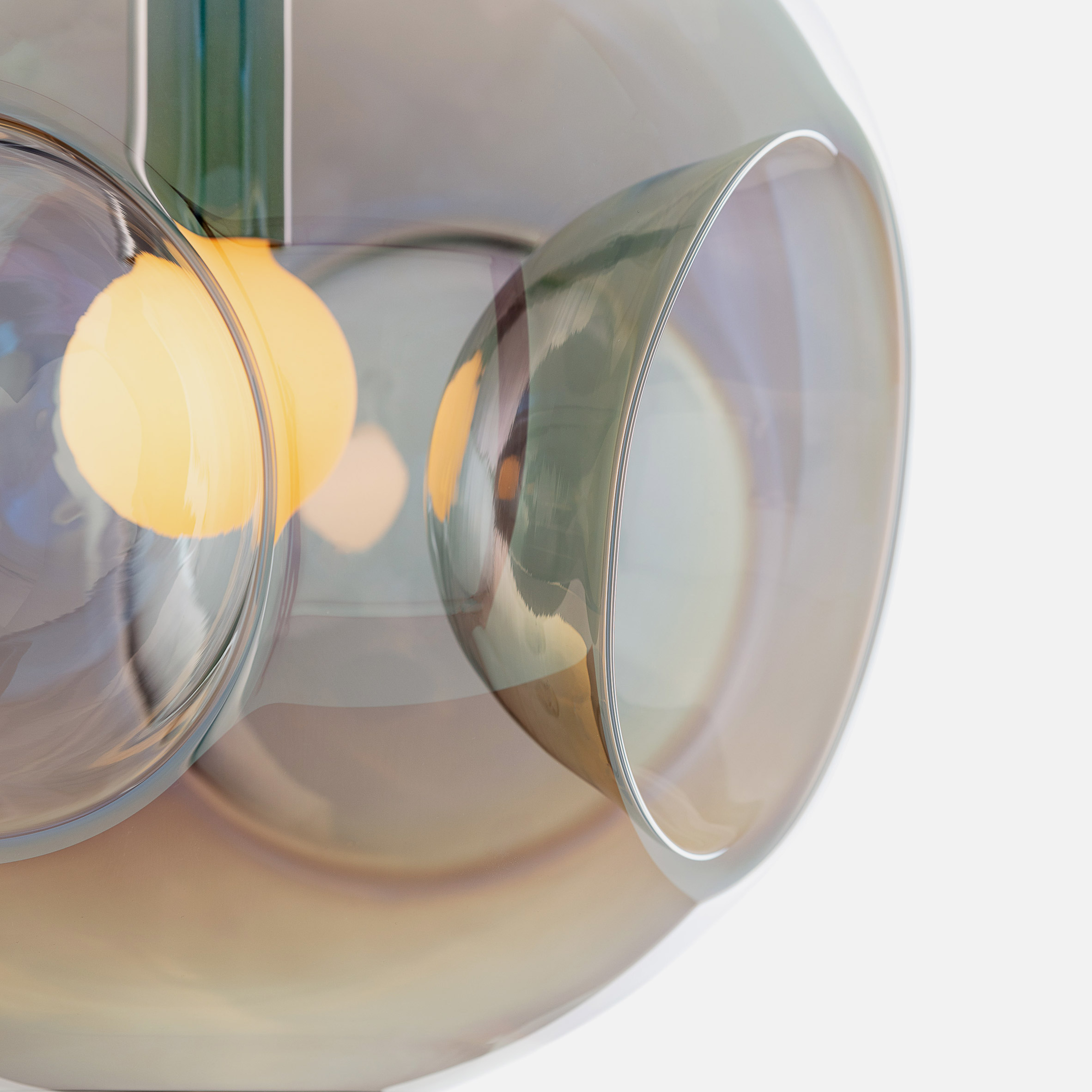 The final collection on show is the Volcano pendant lighting collection, which is characterised by hand-blown glass pendants with conal shapes and a distinctive textured surface modelled on lava flows.

Volcano was developed by Lasvit’s creative director Maxim Velčovský as a nod to the mountainous and once-volcanic landscape that surrounds the brand’s glassworks in the Czech Republic. 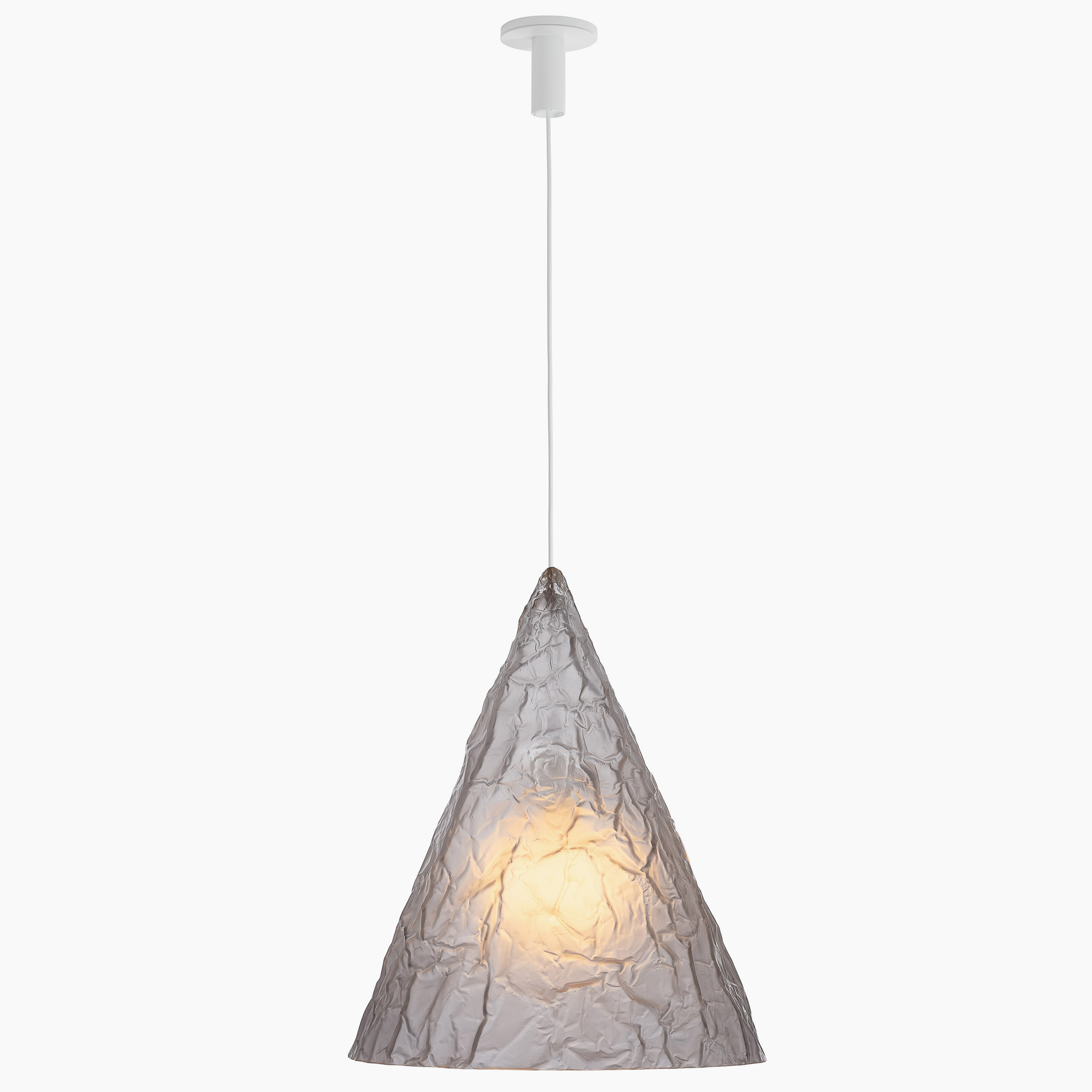 Other lighting collections on show at the VDF products fair include the tubular Lance wall lights by Meteor Lighting and Astro’s three-piece Capsule Collection Volume 01.