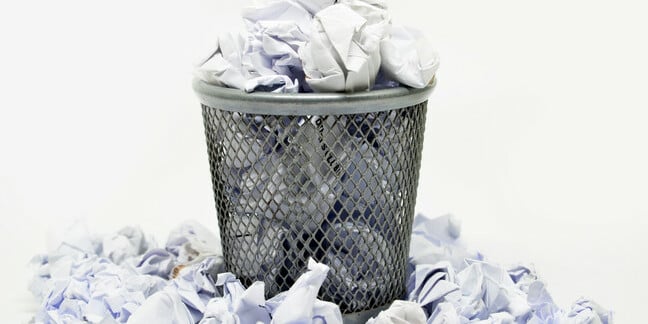 Mixer has been consigned to the Microsoft graveyard to rot alongside other abortive stablemates like Windows Phone, Zune and Clippy to name just a few.

Microsoft’s me-too attempt at a Twitch-like streaming platform is to be subsumed into Facebook Gaming, which will grant Mixer Partners – people lucky enough to make money by playing video games through ad impressions and fan subscriptions – the same status.

As of 22 July, visitors to Mixer will be redirected to the anti-social network’s Twitch clone.

In a statement, Mixer said:

Ultimately, the success of Partners and streamers on Mixer is dependent on our ability to scale the platform for them as quickly and broadly as possible. It became clear that the time needed to grow our own livestreaming community to scale was out of measure with the vision and experiences that Microsoft and Xbox want to deliver for gamers now, so we’ve decided to close the operations side of Mixer and help the community transition to a new platform. To better serve our community’s needs, we’re teaming up with Facebook to enable the Mixer community to transition to Facebook Gaming. This is a key part of a broader effort that Xbox and Facebook Gaming are embarking on, bringing new experiences and opportunities to the entire world of gaming.

Facebook, while rubbing its hands with glee at the Microsoft partnership, noted that Mixer refugees, freed from their contracts, would now have a choice of where they could stream – and that means they could opt to return to Twitch.

Months later, Michael “Shroud” Grzesiek – another Battle Royale pro who also made a name for himself on Twitch – followed. A tweet by esports consultant Rod Breslau had a stab at the sums involved:

Sources: Facebook offered an insane offer at almost double for the original Mixer contracts of Ninja and Shroud but Loaded/Ninja/Shroud said no and forced Mixer to buy them out. Ninja made ~$30M from Mixer, and Shroud made ~$10M

It seems the hope was that by yanking those viewers out from under Twitch, Mixer would be able to kickstart its userbase. It wasn’t enough, though Facebook has the advantage of a ready-made audience in the billions.

Xbox chief Phil Spencer added that the move was part of a wider deal to integrate Microsoft’s upcoming game-streaming service xCloud with Facebook platforms including Instagram.

Twitch, the real OG in the livestreaming space, continues to be as popular as ever, while the johnny-come-latelies erupted in bidding wars over famous gamers only to not even scrape the Amazon-owned powerhouse’s viewer figures.

So millions upon millions well spent, then, huh Microsoft? If only you’d prefixed it with “Azure” or pinned a “365” on the end, things might have turned out differently. Or maybe not. ®