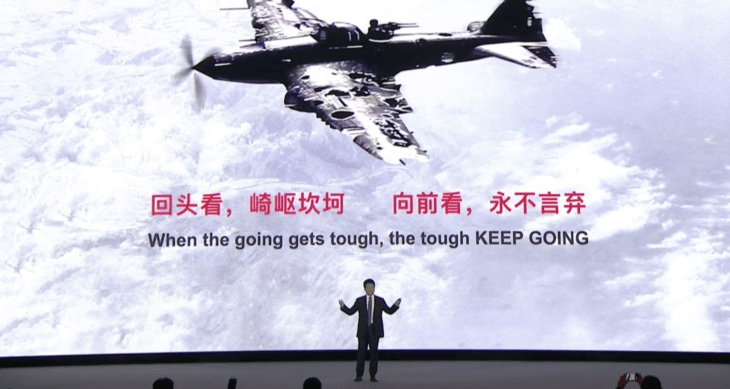 Following the U.S. government’s announcement that would further thwart Huawei’s chip-making capability, the Chinese telecoms equipment giant condemned the new ruling for being “arbitrary and pernicious.”

“Huawei categorically opposes the amendments made by the U.S. Department of Commerce  to its foreign direct product rule that target Huawei specifically,” said Huawei Monday at its annual analyst summit in Shenzhen.

The new curbs, which dropped on Friday, would ban Huawei from using U.S. software and hardware in certain strategic semiconductor processes. This will affect all foundries using U.S. technologies, including those located abroad, some of which are Huawei’s key suppliers.

Earlier on Monday, the Nikkei Asian Review reported citing sources that Taiwanese Semiconductor Manufacturing Co., the world’s largest contract semiconductor that powers many of Huawei’s high-end phones, has stopped taking new orders from Huawei, one of its largest clients. Huawei declined to comment while TSMC said the report was “purely market rumor”.

Decisions from TSMC point to its attempt to strengthen bonds with the U.S. though, as it’s planning a new $12 billion advanced chip factory in Arizona with support from the state and the U.S. federal government.

At the Monday conference, Huawei’s rotating chairman Guo Ping admitted that while the firm is able to design some semiconductor parts such as integrated circuits (IC), it remains “incapable of doing a lot of other things.”

“Survival is the keyword for us at present,” he said.

Huawei stated the latest U.S. ban would not only affect its own business in over 170 countries, where it has spent “hundreds of billions of dollars,” but also the wider ecosystem around the world.

“In the long run, [the U.S. ban] will damage the trust and collaboration within the global semiconductor industry which many industries depend on, increasing conflict and loss within these industries.”

Huawei has announced a raft of contingency measures ever since the Trump administration began slapping technology sanctions on it, including one that had cut it off certain Android  services from Google.

Huawei said at the summit that it had doubled down on investment in overseas developers in an effort to lure them to its operating system. Some 1.4 million developers have joined Huawei Mobile Services or HMS, a 150% jump from 2019. For comparison, iOS in 2018 counted 20 million registered developers, who collectively made about $100 billion in revenues. The question for Huawei is how much money app makers can generate from its ecosystem.

In its search to identify alternatives to Google’s app suite in Europe, it has partnered up with navigation services TomTom and Here, search engine Qwant and news app News UK.