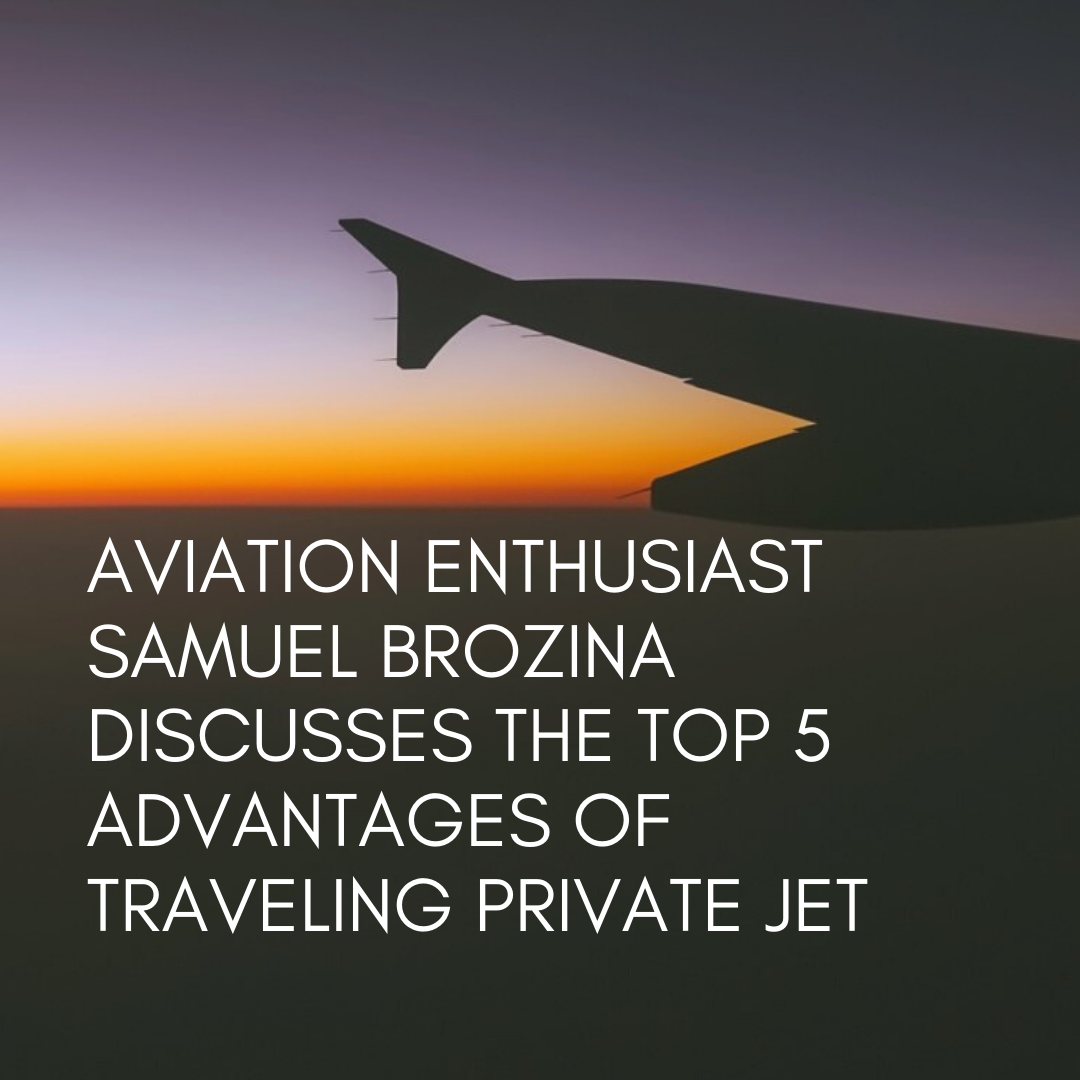 MILLVILLE, N.J. / March 31, 2020 / Flying to and from a destination via private jet offers a number of advantages to the passenger. Aviation enthusiast and pilot Samuel Brozina recently discussed exactly what makes flying via private jet so advantageous.

“Once you fly via private jet, you’ll never want to go back to flying with commercial airlines,” Samuel Brozina says.

Ask anyone who travels via private jet, and they’ll likely tell you the same. However, Samuel Brozina remarked on which features he and his fellow passengers enjoy most.

Pilots and private jet enthusiasts like Samuel Brozina express that some of the best advantages of flying via private jet are the conveniences. Passengers can arrive shortly before departure and typically depart from a separate, extremely uncrowded, section of the airport. Many airports are solely dedicated to serving private jets, so you won’t see or deal with any commercial passengers.

Another major advantage of flying via private jet is that you can typically bring more luggage, pets, and any snacks or drinks you please. Many private jet companies can even stock your desired foods and drinks, so they’re on board before you even arrive at the airport.

“My family loves that when they fly with me, they enjoy drastically more space and better service,” Samuel Brozina says. “We can easily adjust flight times if my family is running late, or we can take off immediately to make it to a special occasion on time. There’s no waiting for other passengers or adjusting to commercial flight schedules.”

Those who fly via private jet, like Samuel Brozina, express that another major advantage is the opportunity to fly to and from smaller or more deserted airports. Private jets can land at smaller airports closer to the desired destination, which can also save passengers time and money. Commercial airports may require a long taxi ride into the city while a private jet can land at a smaller airport much closer.

“Flying via private jet is more comfortable, more relaxed, and more time-efficient,” Samuel Brozina says. “The amount of time we save not waiting in line at the airport or adjusting to commercial flight schedules, including delays and cancellations, we spend vacationing at our favorite destinations. To me, that valuable time with my family is priceless.”

In recent years, private jet charters have become drastically more affordable for consumers. Samuel Brozina and other private jet enthusiasts say they won’t be surprised if they find out more travelers are choosing this option in 2020, and beyond.