Getting a gas or electric motorcycle depends on several factors, from your riding preference to your budget. Even though electric motorcycles arebetter for the environment, gasoline bikes are often cheaper, raising many debates over which is better, the electric or the gas motorcycles. 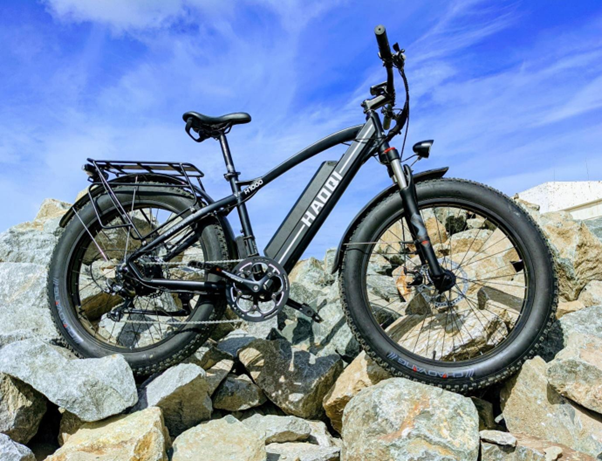 Haoqi has a range of longrange ebike that can travel far distances at affordable prices. They have components superior to gas motorcycles. In addition, electric motorcycles outperform combustion engines in terms of power, features, and technology. Electric vs. gasoline motorcycle? Let’s look at what makes an electric bike superior to a gas-powered bike.

Electric and gas motorcycle are excellent means of transportation. However, both have several differences. Here is a comparison between e motorcycles and gas Motorcycles.

What are Electric Motorcycles?

Electric motorcycles are plug-in electric vehicles with rechargeable battery that provides power to their electric motors. One or more electric motors propel them, and you can recharge them by plugging them into a power outlet. These vehicles’ batteries are typically lithium-ion, the same type found in laptops and cell phones. Like gasoline-powered motorcycles, they have throttle pedals and regenerative braking systems that recover some of the energy lost during braking. Furthermore, electric motorcycles can be more efficient than traditional gasoline-powered vehicles and can also travel farther before needing to be recharged.

What are Gas-Powered Motorcycles?

Gas-powered motorcycles remain among the most popular off-road micro-mobility vehicles on the market. They have an engine mounted on them and a gearbox to either push or facilitate moving the bike without assistance. Furthermore, the engine-powered motorcycle is dependable, albeit power-assisted, because it retains all pedals and a discrete attached motor.

Difference between the Electric Motorcycle VS. Gas Motorcycle

Electric motorcycles are far more convenient than gasoline motorcycles. The tank fills up quickly, but an e bike needs more time to recharge. However, when comparing the price of electricity to the cost of gas, an overnight charge on the home’s electric outlet is worthwhile.

Like in all motorcycles, you will have to deal with tire pumps and changes and brake pads eventually, but because electric motorcycles use regenerative braking, their brakes last much longer.

Furthermore, rather than having to make an early morning trip to the gas station when your bike runs out of gas, electric motorcycles allow you to plug in and charge up from the comfort of your home. And as fast charging capabilities improve, you can charge up in a few hours.

The quietness of the bike is a significant benefit for many people in cities. Reducing noise pollution will make your daily commute less stressful and more enjoyable. Aside from noise pollution reduction, the electric bike offers numerous benefits. Also, many cyclists can attest that fat tire bikes are preferable.

Why choose the electric bike over gas-powered bikes

Below are some differences between the electric motorcycle and gas motorcycle

Gas motorcycles often require routine maintenance to keep them running smoothly. However, electric motorcycles are much simpler to maintain because there are fewer moving parts. While this may appeal to some, most motorcycle owners would agree that riding is the most enjoyable aspect of cycling.

On the other hand, electric motorcycles need low maintenance because they lack pistons, valves, carburetors, and any other component that may require your attention. Keep it charged, and your tires pumped, your brakes working, your chain checked, and enjoy the ride!

Electric motorcycles are more environmentally friendly than gas-powered motorcycles. They use less energy, emit less carbon dioxide and gaseous emissions (CO2), and can run on a single charge for longer. Furthermore, because electric motorcycles do not use fuel, there is no need to be worried about running out of gas.

Since electric motors don’t require noisy mufflers or clogged air filters like those found on most gas-powered bikes, they produce almost no noise when operating. You can travel further with less noise because you won’t hear your engine getting louder as it runs out of steam while traveling at high speeds over rough terrain. Electric motors are also much quieter than internal combustion engines, so electric bikes are a great option if you want something subtle while riding around town or commuting on public transportation.

Electric motorcycles are difficult to compete with in terms of performance. The Haoqi Antelope Pro Cargo Electric Bike has frequently topped the podium in competition with gas bikes.

Electric motors instantaneously attain peak power and torque RPM, unlike gas-powered engines, which take longer to roll up and need to spin at high RPMs. They also deliver more constant power and torque throughout the RPM range. Thus, a significantly lighter and smaller electric motorcycle can provide performance comparable to a gas bike. Gas bikes of the same size as electric bikes cannot compete with the torque and power generated by electric motors.

Electric motorcycles are undeniably more comfortable than gas-powered motorcycles. You might be skeptical of this claim if you’ve never ridden an electric bike. However, you will immediately notice the difference once you have gone electric.

There are very uncomfortable vibrations from gas bikes while riding and waiting at traffic lights. While newer models of gas motorcycles with counter-balanced engines are improving, the problem will always remain. Haoqi motorcycles, on the other hand, do not vibrate and allow you to ride in peace. 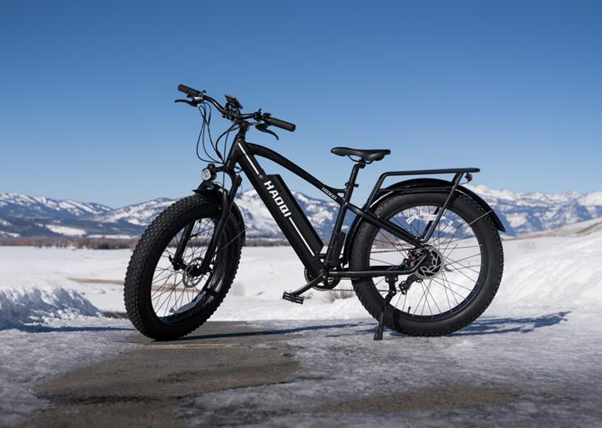 Is an electric bike worth having?

The fact that an ebike has several benefits, they are worth every penny. While the initial cost of some electric motorcycles may appear to be high compared to their gas equivalent, they save you money in the long run. Because electric motorcycles have fewer moving parts than gas-powered motorcycles, they require less maintenance. Thus, they can save hundreds of dollars in repair costs each year. The performance of the electric bike is affected by weight. The range improves with weight. Lighter vehicles are simpler to maneuver and result in less injury when they fall.

Haqoi bikes are affordable and high-quality all-purpose electric bikes that give you a comfortable riding experience. Haoqi has a self-invented lithium-ion battery with a greater lifespan and riding range. While other brands only have roughly 800 times, the battery can recharge 2,000 times while still in good condition.

Also, Haqoi ebikes are lightweight; the Haoqi White Leopard Step-Thru Electric Bike weighs only 72 pounds. These ebikes have a top speed reaching up to 28mph while in pedal assist mode. Also, all Haqoi bikes have a two-year warranty.