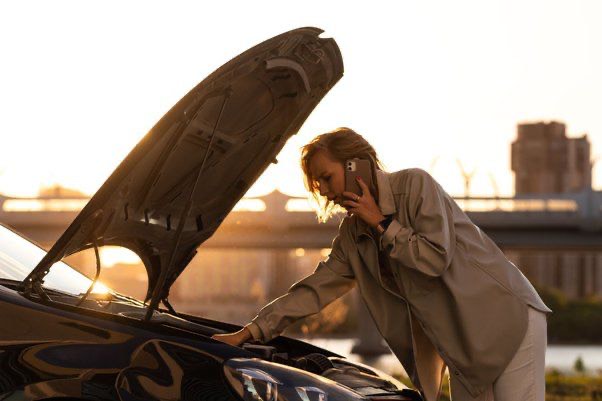 If you’ve ever turned the key in your car’s ignition only to be met with silence, you know how frustrating it can be.

There are a number of reasons why your car might not start, and some of them are relatively simple to fix. However, sometimes there is not much that can be done and you should look at sell my car to find out if there are buyers interested in your car.

In this blog post, we’ll explore some of the most common reasons why your car won’t start and provide some tips on how to solve them.

One of the most common reasons why your car won’t start is because the battery is dead. If your headlights are dim or flickering when you turn on the ignition, this is usually a sign that the battery is running low on power.

Next, attach one end of the black jumper cable to the negative terminal of the working battery and the other end to a metal ground on the dead vehicle (such as a bolt on the engine block).

Finally, start up the working vehicle and let it run for a few minutes before trying to start up your own car.

If your battery terminals are dirty or clogged, this can prevent electrical current from flowing freely and cause your car not to start.

To clean your battery terminals, remove them from the battery using a wrench and brush away any corrosion with a wire brush. Once they’re clean, reattach them securely before trying to start your car again.

Another common reason for a car not starting is a faulty starter motor. The starter motor is responsible for providing electrical power to initiate engine combustion. If it’s not working properly, you’ll likely hear a clicking sound when you turn on the ignition but your engine won’t actually turn over. In this case, it’s best to take your car to a qualified mechanic for further diagnosis and repair.

If your fuel pump isn’t working properly, it will prevent gasoline from getting to your engine which will make starting up your car impossible.

Common symptoms of fuel pump issues include loss of power while driving uphill or when accelerating, sputtering or stalling when coming to a stop, and improvements in performance after refuelling.

Again, these are issues that should be diagnosed by a professional mechanic.

The alternator is responsible for charging up your car’s battery while the engine is running so that it has enough power to start up later on. Alternator issues often manifest themselves as strange electrical problems such as dim headlights, dashboard lights that flicker or don’t work at all, and problems with interior accessories such as power windows or locks.

As with fuel pump and starter motor issues, if you’re experiencing any of these problems it’s best to take your car into a shop for further diagnosis and repair.

If your engine is flooded with gasoline, this can prevent it from starting. This is usually caused by over-priming the engine when starting it up (that is, pumping the gas pedal too many times before turning on the ignition). When this happens, too much gasoline enters the cylinders and prevents the spark plugs from igniting the fuel/air mixture.

If you think your engine is flooded, wait a few minutes before trying to start it again. If it’s still not starting, open up the throttle all the way and try starting it again. If this doesn’t work, you’ll need to have your car towed to a nearby service station or mechanic.

If you’re experiencing car problems and are unsure of how to fix them, don’t worry. We’ve outlined the five most common reasons why your car won’t start and how to solve them. Follow these steps and you should be on your way to a properly running vehicle in no time!