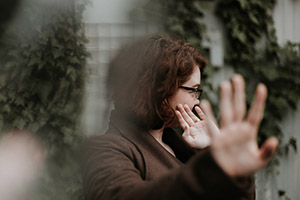 Although studies show fully 73.6% of U.S. adults are deemed clinically overweight or obese, 58% confusingly consider themselves ‘about right’ or even underweight; Behavioral economics-based weight loss gamification company seeks to bridge that gap with the help of celebrities Sherri Shepherd & Jillian Michaels

With nearly 40% of American adults aged 20 and over deemed clinically obese, and fully 73.6% of adults aged 20 and classified as overweight (including obesity), it’s clear that the United States is suffering far more than the COVID-19 crisis—one purported to get significantly worse. This amid ominous study-driven forecasts through 2030—one of which estimating a staggering “33% increase in obesity prevalence and a 130% increase in severe obesity prevalence over the next 2 decades,” also noting that this reality would further hinder healthcare containment cost efforts. In fact, reports underscore the extreme economic burden, indicating that the combined U.S. medical costs associated with treating preventable obesity-related diseases are estimated to increase by $48-66 billion per year by 2030—in less than a decade.

Equally concerning—if not outright confounding—is a new Gallup report indicating America’s extreme disconnect (if not outright denial) that a problem even exists. Amid Gallup’s “Americans’ Self-Assessments of Their Weight Situation,” well over half (58%) of U.S. adults don’t characterize themselves as overweight, instead believing their weight is “about right” or that they are even “underweight.” Clearly there’s also a pandemic of misperception that’s exacerbating the overweight and obesity epidemic substantiated by numerous studies.

The time to accept reality and reverse course is now. But, what can be done to duly motivate those who are, shall we say, “less inclined” to undertake a weight-loss endeavor? How can we increase dieter success rates? How can the financial picture be directly and simultaneously improved for dieters and the U.S. economy at large?

In an answer to all of these questions and more, one company is taking a novel approach to combating America’s obesity epidemic. This as HealthyWage—the world’s leading purveyor of financially-induced wellness contests for individuals and corporate/team-based weight loss challenges—has taken its weight-loss gamification platform to exciting new heights.

HealthyWage is founded on substantive research and a “double-incentivization” methodology that proves competition and rewards—especially the cash variety—can as much as triple the effectiveness of weight loss programs. And, the proof is in the performance in the form of quantifiable and undeniable metrics that behavioral economics-based gamification works when it comes to weight loss.

As case-in-point, HealthyWage recently revealed notable milestones that included more than 39,253 program winners in 2021, alone. For their weight-loss achievements that collectively exceeds an astounding 652,133 pounds—63 of which losing in excess of 100 pounds (and over 3.3 million pounds lost since the company’s launch), HealthyWage reportedly paid more than $9.6 million cash rewards in 2021, specifically, and over $46.7 million cash prizes since its inception in 2009.

Also exemplifying the power and efficacy of HealthyWage’s approach are throngs of its challenge success stories (both female and male). These include Cathy Nelson, who won $2,094 for losing 98 pounds and Ben Lewis who won $1,272 for losing 83 pounds. From its website, HealthyWage.com shares yet more inspirational success stories of both women and men who gained financially for their pound-shedding achievements using the company’s unique gamification approach. This includes Kristin W. who lost a staggering 114 pounds and won $4,000 for her efforts, Anastasia W. who lost 41 pounds and won a whopping $10,000 in kind, and Blake S. who lost an impressive 151 pounds and won $4,670 for his own slimdown success. Figures that are tasty, indeed.

With New Year diet resolution season now underway, the company has launched a partnership with global health and fitness expert Jillian Michaels to provide free 6-month access to the Fitness App by Jillian Michaels for participants taking a HealthyWager challenge. The partnership provides HealthyWager challengers with custom workouts and meal plans—everything they need to succeed—with a chance to win up to $10,000.

“Studies continue to show that monetary incentives serve to enhance the effectiveness of, and duly complement, weight-loss programs of any and all sorts, especially when paid out quickly like our various programs,” said HealthyWage co-founder David Roddenberry. “The average HealthyWager participant more than doubles their investment if they are successful at achieving their goal. The financial upside potential is impressive.”

“Loss aversion is a powerful dynamic and the reality of having ‘skin in the game’ can propel the results of a gamified weight loss initiative,” Roddenberry continued. “Indeed, a key element for the success of a gamification program is giving participants something to lose if they fail to meet their goal—whether tangible or intangible. In this particular study, it was just pointed at stake but even this effected behavior change. There are actually throngs of studies demonstrated that the threat of losing something of value is much more effective than the opportunity to win something of equal value. That’s precisely why we advocate that program participants ‘pay to play’ and make an investment out of their own pocket in order to win rewards—in our case large cash prizes—for losing weight and getting more active in the program.”

The efficacy of diet gamification is well-proven. For one, according to study findings published by JAMA Internal Medicine, behavioral economics-based gamification led to “significantly” increased physical activity among overweight and obese Americans. In this particular study, pairing a step tracking device with social incentives led to sustained, long-term behavior change—prompting participants to take more steps then with a step tracking device, alone. The report explains that “gamification interventions significantly increased physical activity during the 24-week intervention,” with competition being the “most effective.” Further upholding and validating HealthyWage’s well-honed approach, a study published in the journal Social Science and Medicine additionally proved that money is an effective motivator to “increase both the magnitude and duration of weight loss.”

When it comes to diet gamification, the same holds true in business for staff wellness initiatives. Results from one study published in the Annals of Internal Medicine indicated that “Loss Incentive’ Motivates Employees to Take More Steps,” finding that financial incentives framed as a loss were most effective for achieving physical activity goals. In fact, as a prolific corporate and group wellness purveyor, since 2009 HealthyWage has worked with an array of hi-caliber participants on workplace and staff wellness initiatives, including Old Dominion Freight, ConocoPhillips, and more than 25% of the largest school districts in the country. HealthyWage has formally created competitive, cash-fueled programs for more than 700 Fortune 500 and other public and private companies, hospitals, health systems, insurers, school systems, municipal governments and other organizations throughout the U.S., and their program has been more informally run at more than 3,000 companies and organizations seeking to bolster staff health and well-being, and boost bottom lines in kind.

Whether one is dieting in a personal or professional environment, an array of studies reiterate the importance of the “stick” in the design of a wellness incentive program. “Many studies have demonstrated that the threat of losing something of value is much more effective than the opportunity to win something of equal value,” Roddenberry said. “That’s precisely why we advocate that program participants ‘pay to play’ and make an investment out of their own pocket in order to win rewards—in our case large cash prizes—for losing weight and getting more active in the program.”

Studies do consistently show that monetary incentives serve to enhance the effectiveness of, and duly complement, weight-loss programs of any and all sorts, especially when paid out quickly like HealthyWage’s various programs. For its part, HealthyWage reports that the average participant more than doubles their investment if they are successful at achieving their goal. The financial upside potential is impressive.

So, if this is the season when you would like to not only resolve to lose those extra lbs. but also actually achieve that worthy goal, consider a cash-fueled approach. It just might give you that extra dose of motivation that’ll truly help you stay the course, shed weight and make some extra money in the process. There’s no better time than right now to bank on yourself.