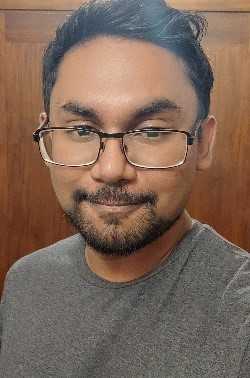 Sanjay Bandare is a Sri Lankan entrepreneur who started his career in Asia about 8+ years ago. He started to learn about computers very early on as a teenager and it brought him to his information technology degree in 2011.

Sanjay worked in Colombo, Sri Lanka for the past 8+ years as an offshore business consultant, product manager and project manager for Fortune 500 clients in the US through a US based technology consulting firm.

He worked in their offshore advanced technology center based in Sri Lanka.

Sanjay has worked in the fields of Insurance, Healthcare and Communication – building, maintaining and enhancing multimillion-dollar projects, systems and products used by a multitude of multinational companies.

“I dared to become an entrepreneur because I’ve always wanted to create something that changed the world for the better. Web3 is all of that and I really have a vision and a passion for it; it’s a very exciting time.” he says.

How did you get started in Web3?

Sanjay’s journey in Web3 started somewhere around 2013 when he read about blockchain.  When he realized how decentralization and blockchain would be pivotal to how the web would look like in the future it was like a bulb going off in his head. He started researching on the new technologies that were related to blockchain, realizing bit by bit how decentralized finance was the future.

“At the time I never imagined that I would end up creating a company that would be building a next generation blockchain, but everything changed in late 2019 when I met Andrew Smith online on a discussion forum dedicated to entrepreneurs” he says.

Andrew had posted about an idea on the forum and Sanjay was incredibly intrigued by it. “We started talking about it, often very late at night owing to the time difference between the US and Sri Lanka and before we knew it, we were working on developing a prototype blockchain platform that we could showcase to potential investors” he says.

What is the vision for VRRB Labs Inc?

Sanjay says the vision has matured over the last few months and will evolve with the times. But VRRB’s core values have always remained constant.

“VRRB is a startup that is building a new, innovative, computationally lightweight block mining and consensus algorithm known as Proof of Claim. Proof of Claim allows for fast, decentralized, fair validation of transactions and block mining. Due to the lightweight nature of the algorithm, launching and running a node will simply be accessible to anyone with a computer. Proof of Claim is a consensus algorithm that aims to solve many of the issues currently present with both Proof of Work and Proof of Stake. At VRRB, we believe that any one should be able to join and run a node on a decentralized network without having the need to own expensive sophisticated hardware or having access to a huge amount of capital as is usually the case with a proof of work and proof of stake network” Sanjay says.

“VRRB also wants to ensure that we help individuals bridge the existing gap between the blockchain, crypto world and real-life applications and economics.”

Where do you think the EMEA Web3 ecosystem will be in the next ten years?

He believes the answer is simple: EMEA will be a collage of highly differentiated markets, platforms and customer experiences.

“Japan, India, China, Indonesia, UAE and others, all will have very different regulatory frameworks. There are language barriers, resources and talent are also very unevenly distributed”. He also believes “a majority of Asians will also quickly adopt to blockchain and digital currencies as Asia has now transformed from catching up to tech to actually leading innovation in technology”.

What makes it interesting?

“Asia is huge on gaming, has massive brands and brand loyalty, has some of the most fascinating cultures, artists and content producers in the world and Web3 is going to power many of those in the upcoming years” he says.

Sanjay believes part of what makes Web3 interesting and vividly different from the current Web2 landscape is moving individual privacy and the ownership of digital assets back into the hands of their original owners.  He says that it’s also the web3 community. “Everyone involved in Web3 understands the importance of the community to help and grow the Web3 space. You end up meeting a multitude of people from different backgrounds and cultures. Asia is growing at an amazing pace already. Many Web3 projects around the world actually already have Asian holders or investors.”

What makes you the most excited about Web3?

“The amazing community projects that come from developers” he says. “Web3 has given rise to a community of highly skilled developers building decentralized applications. When you understand the complexity and the design thinking that goes into the development of these projects, you realize the exciting potential of the future. With the introduction of concepts like the metaverse, which in its self is trying to establish what it is. Different people have a different understanding of what the metaverse is and what it should be. It’s the same for decentralized applications as well. There are several huge name companies pushing for what the metaverse should be, but I believe that it won’t be one company coming out on top, instead it’ll be a mix of concepts from all of these huge players in the market. It’s all very exciting” he says.

What kind of project are you helping enter the metaverse and Web3?

“Right now, my work with VRRB is my key focus, and we have an amazing opportunity at VRRB creating a very powerful blockchain platform focused around a new lightweight consensus algorithm. VRRB is dedicated to building a live net by the third and fourth quarters of 2023 and we have a team of 8 working tirelessly toward this goal. VRRB not only aims to introduce a new blockchain platform to the Web3 space, but also wants to support developers in building decentralized applications on their platform without having the need to learn an entirely new programming language. At VRRB we are dedicated to the future of Web3” he says.

Make sure to connect or Follow on Linked in Sanjay Bandare

To learn more about VRRB follow us on twitter VRRB Labs and our CEO at Andrew Smith.