The scale of using solar energy for household needs is more significant than ever. In the UK alone, almost a million houses have roofs equipped with sun-soaking tiles. According to a recent report by the S&P Global Market Intelligence, solar-generated electricity is also gathering momentum in the United States this year, with 44 gigawatts of energy estimated to come online.

Americans invest heavily in this type of renewable energy for several reasons. Installing solar energy systems allows you not only to shave a hefty amount off your electricity bills but also to increase your property’s value and even get an additional source of income from selling surplus energy.

Those who feel like jumping on the solar bandwagon can start the sun-driven transition to cleaner energy by comparing prices for solar energy systems. They have dropped over 70% since 2010, while their efficiency soared from 6% in 1954 to over 40% today.

If money is a problem, you may get cash now by applying for a fast loan. Some money lending platforms connect you with vetted lenders willing to provide you with the money typically within 24 hours. Check the interest rates of each loan option to decide if it’s right for you and make sure you repay the loan before it’s due. For large-scale purchases, you might consider applying for solar panel grants.

Installing solar tiles on your roof can save you over $1,000 annually if you live in the US. Californians, who enjoy around 290 total days of sun per year, can save as much as $99,000 over the lifespan of their solar energy system. The estimated savings will increase each year as electricity bills keep going up.

Good for the economy

The country’s dependence on foreign energy sources diminishes when more people decide to go solar, leading to a positive national security change. The situation in Europe proves this point as many countries find it challenging to end gas and oil contracts with Russia to make it end the war in Ukraine.

Better for the environment

Though not absolutely environmentally friendly because solar tile production uses some toxic materials, solar energy is undoubtedly better than non-renewable sources of energy. No greenhouse emissions are produced when electricity is created using the sun’s energy.

Typically, they come with a 20–25-year warranty, but many solar systems installed in the early ’80s still work at more than 80% capacity.

Since the government wants American citizens to go solar, numerous incentives exist for those who do. For instance, Americans who add solar tiles to their house by the end of 2022 might qualify for the 26% federal tax credit. With decarbonization being one of the critical priorities of President Joe Biden’s administration, the power sector can become carbon-free by 2035.

The Importance of Solar Calculators

Before signing any solar energy contract, you can use a solar calculator to ensure you know how many solar tiles would be enough to meet your needs and roof capacity. Not every roof is suitable for installing them. It should be facing south at an angle of 30 to 45 degrees, with nothing in the vicinity that would obstruct sunlight. Even the most advanced solar photovoltaic system won’t be fully effective if these requirements aren’t met.

A solar calculator can also help you decide whether it’s financially reasonable for you to go solar. If it takes over 15 years to recoup your investment, and you don’t have the savings to cover upfront system costs in cash, such an attempt at shrinking your carbon footprint will be too expensive. An estimated payback of 8–14 years is an average for American houses. However, it varies depending on your electricity needs, local solar energy regulations, and your chosen funding method. For some households, the payback time takes just four years.

Solar systems are going mainstream. If every roof in the US is installed with solar panels, it will be sufficient to supply roughly 40% of the country’s total energy needs. Fossil fuels will inevitably be replaced with renewable sources of energy, and it’s in our best interests to make it happen sooner.

John is a financial analyst but also a man of different interests. He enjoys writing about money and giving financial tips, but he can also dive into relationships, sports, gaming, and other topics. Lives in New York with his wife and a cat. 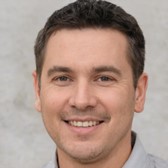