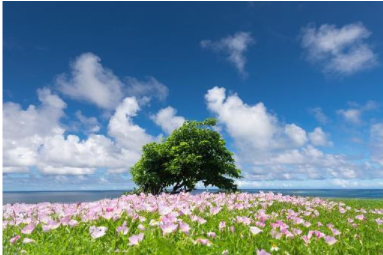 Most of us have never even heard of some of the world’s most beautiful sites. You’ll never run out of things to see and do, from breathtaking waterfalls and natural marvels to enigmatic forgotten cities and charming relics.

To come up with the most beautiful places in the world, it would take a lifetime, and maybe more, to see all of them. For that reason, we’ve narrowed down the best places to visit on your bucket list, and we’re confident you’ll be able to remember each one for the rest of your life.

Next Vacay can provide you with access to the world’s cheapest airfares that’ll transport you to these breathtaking locations.

When you visit Cappadocia, you get a real-life illustration of nature’s ability to be both strange and beautiful. Landscapes that appear like they’ve come straight from a fairy tale, with alien-like hills and stones that look like they’ve been transported from another planet.

People exploited the soft stone in this region to build subterranean dwellings, leaving behind a trail of architectural masterpieces. There’s no denying that the lunar terrain is beautiful on its own, but it’s only enhanced by the many hot-air balloons that flood the sky in a rainbow of red, yellow, orange, and cream.

There’s little doubt that Whitehaven Beach is one of the world’s best-kept secrets.

Whitehaven Beach is one of the most photographed beaches in the world, and it’s simple to understand why. The spectacular 7-kilometer white sand beach, which seems like your own little piece of paradise, exudes tranquility and quiet, allowing you to rest fully.

The beach may be accessed by boat from Hamilton Island, Shute Harbour, and Airlie Beach, among other locations. Tongue Point is the finest place to see Whitehaven Beach from. Take advantage of low tide to experience a stunning display of color that’s certain to leave you speechless.

The Fairy Pool, an ethereal sanctuary that enchants tourists with its crystal clear water, picture-perfect surroundings, and wonderful ambiance, could make you believe in fairies.

If you’re looking for a wild swimming excursion, there’s no better place than here. Alternatively, a leisure stroll around the area’s turquoise blue pools, each one more enticing than the last, is likely to lift your spirits even if you’re not feeling particularly daring. There’s a magnificent stone wall that surrounds the infinity pool!

The Grand Canyon attracts more than 5 million visitors each year. To say that it’s an unforgettable experience is an understatement.

It doesn’t matter how much you’ve read about the Grand Canyon; you’ll still be awestruck when you see it in person. It’s one of the world’s most famous works of nature, and it’s both recognizable and distinctive at the same time.

It’s awe-inspiring to see the canyon at dawn or sunset since the environment is so peaceful, gorgeous, and pure that you can’t help but be entranced. Each of the three rims of the canyon is distinct and offers a unique experience.

A large portion of the canyon’s infrastructure, Native American remains, vistas, and historic artifacts may be found on the South Rim. However, if you’re after adventure and solitude, the North Rim is where you need to be.

The post Discover Most Beautiful Places In The World appeared first on 360PRWire.