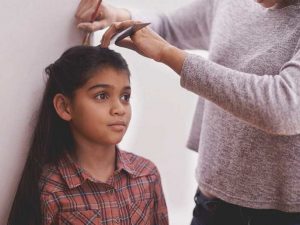 A growth hormone is a form of a small protein produced by the pituitary gland and secreted into the bloodstream. A group of hormones from the brain and pancreas control the production of growth hormones.

Growth hormone – How It Works in the Body?

The pituitary gland releases the human growth hormones in bursts, and the levels increase after exercising, experiencing trauma, and sleeping. Usually, the amount of GH produced during the day is more than during the day. High and low hormone levels alternate throughout the day. Therefore, it may be meaningless to test carry out random blood tests to determine the level of these hormones.

GH production usually rises during childhood, peaks during puberty, and starts declining once you have attained middle age. The hormones affect many tissues in the body. For children and adolescents, they stimulate the growth of cartilage and bones.

Irrespective of your age, GH helps to increase protein production, enhance the utilization of fat, and raise blood sugar levels. It affects metabolism, which explains why it has been in demand by athletes. Other than increasing lean body mass, it speeds up recovery after experiencing muscle fatigue or injury.

Some scientists recently tested 103 recreational athletes, who were aged 18 and 40. The subjects were then divided into two groups, where one group received GH injections, like Humatrope which is available at hghtherapydoc.com, while the other salt water. Some of the male participants received testosterone supplements. Every participant was required to engage in several activities, including lifting weights and jumping after injections.

After two months, the athletes who received HGH recorded more improvements in the speed of sprinting a bike. The researchers concluded that while the effect is not as much as many people believed, there was a significant increase in speed.

Why Is HGH Deficiency Dangerous?

If the level of human GH is too low, there is poor growth in children. This has an adverse effect on adults too. It leads to increased fat, increases the risk of cardiovascular diseases, and weak muscles. One can also have the condition from birth, which could be because of genetic reasons or injuries to pituitary glands.

An adult can also experience GH deficiency after suffering from brain injury or damages to the pituitary gland. Additionally, experts believe there is a link between the hormones and a sensation of wellbeing, especially the energy levels. Some researchers found out that up to 50% of adults with growth hormone deficiency feel tired to a level that it may have a negative impact on their wellbeing.

Such people can benefit from lifelong administration of growth hormones. Note that the treatment does not result in increased height among adults. Excess production of GH can also cause problems. If you have too many hormones, you will experience too much growth. For adults, this can cause the swelling of hands and feet and alter some facial features.

Additionally, the individuals experience organ enlargement and medical conditions such as diabetes and heart diseases. Although the condition is rare, there may be increased GH levels in children before reaching the final height, leading to long bones.

What Are the Common Signs of HGHD?

If a child has GH deficiency, they are shorter than their peers and tend to have younger faces. Even if their body’s proportion is normal, they are likely to be chubby around their abdomen. If the condition occurs later in their life due to brain injury or tumors, they experience delayed puberty.

This may also inhibit hormone development in a child. Usually, if a teen has a growth hormone deficiency, they tend to have low self-esteem due to developmental delays. For example, girls may not develop breasts, while boys’ voices may remain the same during puberty.

Another common symptom associated with low levels of GH is reduced bone strength. If that happens, one becomes more prone to fractures. This usually affects older adults. Generally, a person with low hormone levels may feel tired and lack stamina. They can also experience sensitivity to low or high temperatures. Some of the possible psychological symptoms associated with the medical condition include:

Studies have shown that an adult with growth hormone deficiency has high fat and cholesterol levels in the blood. Experts attribute this to metabolism changes, which occurs when there are low GH levels in the body.

Both children and adults can experience HGH deficiency. Most medical professionals recommend growth hormone therapy to treat the condition. This involves administering GH into the body through injections. This can be done by a friend or family member at the comfort of your home.

The protein promotes growth and cell production. If a professional medical practitioner prescribes GH therapy, a patient usually gets daily doses. However, the ideal dosage will vary from one person to another, depending on the severity of their condition. If the levels are too low, you will need injections more often. Do you need human growth hormone therapy? Fill the form below and get the help you need.

The post WHAT SPECIALISTS SAY ABOUT THE SIGNS OF GROWTH HORMONE DEFICIENCY? appeared first on Financial Market Brief.