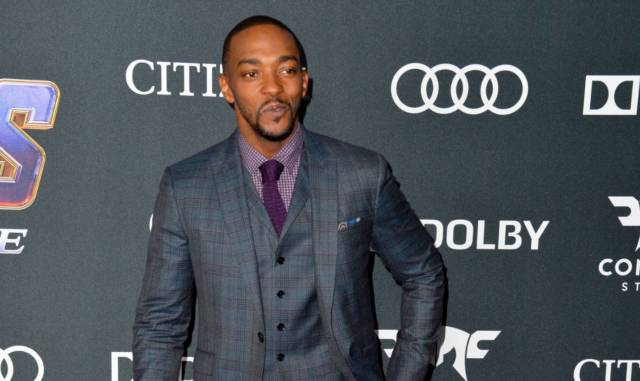 Marvel Comics, to their credit, has made an effort to incorporate black heroes pretty much since the original architects like Stab Lee, Jack Kirby, Larry Lieber, Steve Ditko, and Jim Steranko were still around. When Captain America was thawed from the ice after 15 years, Stan Lee didn’t bring back his original sidekick Bucky but instead gave him a new partner, Falcon, one of the first black superheroes.

Anthony Mackie plays Falcon in the Marvel Cinematic Universe, and he tells Variety that he thinks Marvel Studios hasn’t been doing a good enough job in having that diversity behind the camera.

It really bothered me that I’ve done seven Marvel movies where every producer, every director, every stunt person, every costume designer, every PA, every single person has been white.

We’ve had one Black producer; his name was Nate Moore. He produced ‘Black Panther.’ But then when you do ‘Black Panther,’ you have a Black director, Black producer, a Black costume designer, a Black stunt choreographer. And I’m like, that’s more racist than anything else. Because if you only can hire the Black people for the Black movie, are you saying they’re not good enough when you have a mostly white cast?

This is way more common of an issue than you’d think. Very recently, I reported about Wizards of the Coast, makers of Magic: The Gathering and Dungeons & Dragons, being chided for a serious lack of black creators. These are not two isolated incidents and the rest of the creative world is living in perfect racial harmony.

I have news for you, but this is what Hollywood should be fixing instead of taking down episodes of The Golden Girls where Rose and Blanche get facials. Showing an ignorant person doing something racist in a way that illustrates how racism is ignorant isn’t racist. Not being able to find a single black gaffer across some 30 movies is racist. Having more black characters on your wizard baseball cards than black artists illustrating through cards is racist.

We’ve spun a narrative that things like affirmative action subvert what is otherwise a meritocracy, but systemic racism has already subverted said meritocracy. There are no qualified black sound directors in all of Hollywood that Marvel could have hired for any movie other than Black Panther? That’s a coincidence? You make 20,000 wizard baseball cards and four of them are done by black artists and that’s a coincidence? It’s not a coincidence, and you can’t have real representation on-screen unless you have it behind the scenes, too,